WOW was June a month. From my first trip to Boulder and reconnecting with my love of rock climbing to heading to Chicago with one of my best friends {incidentally finding a new favorite hotel}, to wearing allllll the grown up glitter and so much more, June was simultaneously a whirlwind and the longest month ever. The beginning of June seems like so long ago, yet at the same time it hasn’t felt like the month has dragged out at all! Upcoming for July I have a ton of fun content planned and major life changes {basically I’ll be stressed af all of July because 1. Apartment hunting in NYC is THE WORST thing you can do and 2. For those of you following along with my Macbook that broke the very first day of my Boulder trip, IT’S. STILL. BROKEN. $680+ and a major inconvenience later, Apple has yet to do anything to actually help my brand new Macbook. Thanks Apple}. Regardless, with June coming to a close, I have a whole stack of new June favorites for you all!

In case you couldn’t figure it out from my Boulder vlog here, I. love. Boulder. I flew out there not expecting much besides a lovely trip visiting my best friend, and left wanting to live there and rock climb every day. If I go off the grid for an extended amount of time, assume it’s because I moved deep into the mountains and I have no service. I used to go rock climbing a lot when I was younger, but had to stop as dance started getting more intense. I used to LOVE it. People used to joke that I was like a spider! It was so much fun being able to reconnect with my love of rock climbing and also being able to do it out in nature instead of on a wall for the first time. I’ll definitely be hitting the rock climbing gyms more often in the future, and will hopefully be back in the southwest soon to tackle it in wild again! Speaking of which, these shoes were the perfect shoes for both hiking and rock climbing. They have great traction, are super flexible and lightweight, are waterproof, and are affordable! They’re such an underrated shoe in my opinion, and I didn’t fully appreciate them until this trip! You can see my full review of them by clicking here. 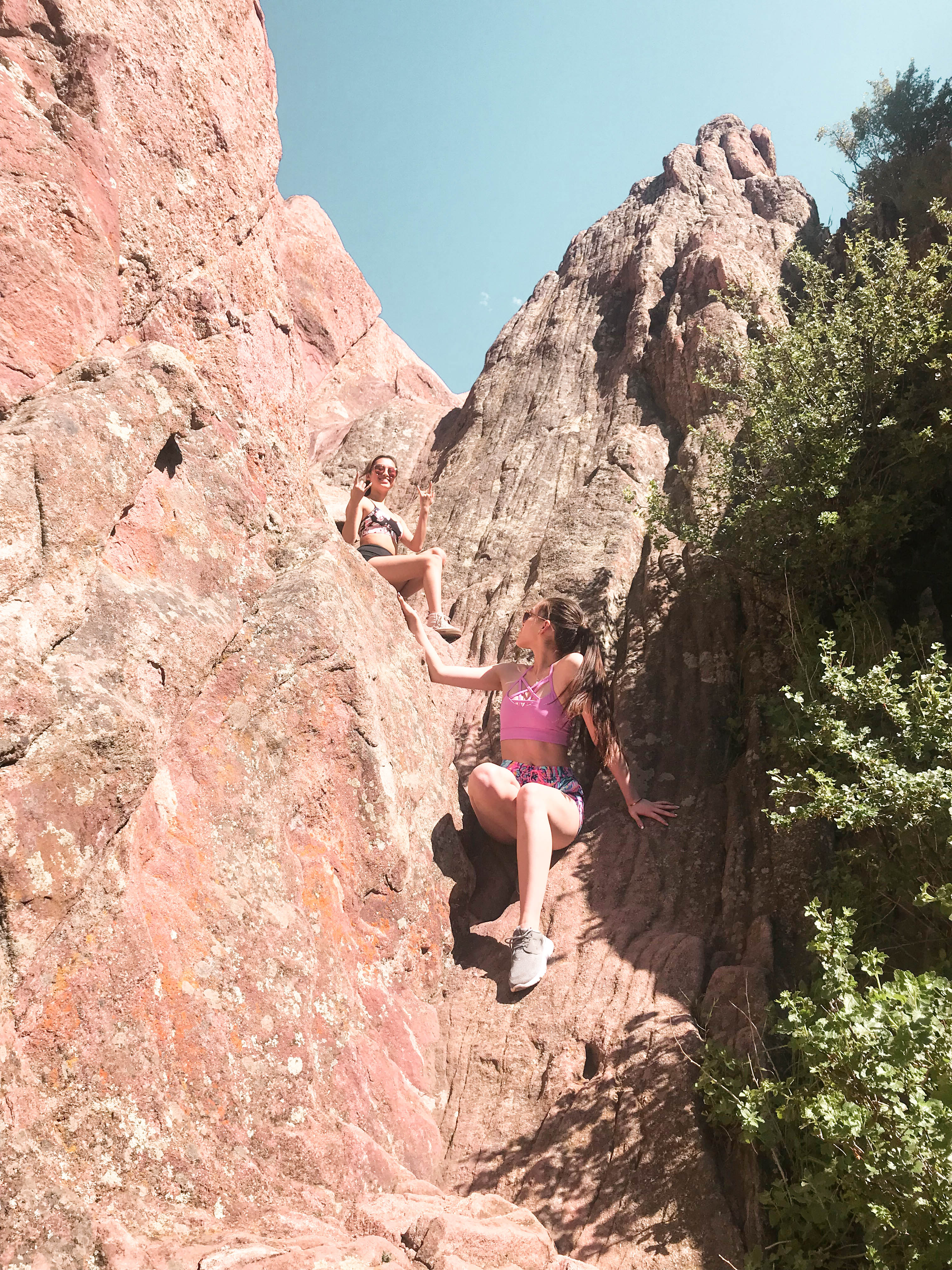 The Radisson Blue Aqua originally started as a partnership between my blog and them, but HOLY I love this hotel. This post isn’t even part of the original partnership, I just genuinely loved this hotel so much. Not going to lie, it’s probably my favorite hotel that I’ve ever stayed at and the entire weekend I just kept saying “My perfect apartment in Manhattan would look exactly like this suite.” Now I’m apartment hunting in Manhattan and quickly realizing that to get an apartment that looks like the Radisson Blu Aqua Park Suite would mean that I have to move from the UES to FiDi and probably pay twice the rent. It’s fine. I’m fine. Everything’s fine. Unrelated: who do I contact re: moving this hotel from Chicago to NYC?

Grown up body glitter? Oh YES PLEASE. My girl Annie of Annie Wears It bought this glitter for our day at the Spring Awakening Music Festival because #ravebabelife and oh my stars is it glittery. This is the most pigmented glitter I have ever seen, and even the tiniest drop can make your whole body sparkle like a 4 year old who found glitter glue for the first time. When Sephora happened to have this glitter on sale for 50% off right after the trip, you know I had to go and buy a bottle for myself. I’ve tried several Cover FX products this month and I’m now a believer.

*In Jonathan Van Ness voice* HENNY, THEY’RE BACK. June 15th season two of Queer Eye was released on Netflix, and I think I finished the whole thing by June 17th. I also may or may not have teared up through the whole first half of the season. All I can say is I need more, I need longer seasons, and BRING ON SEASON THREE. As I mentioned in my March Favorites, I LOVE this show {in case you couldn’t tell by the sentences above}. It’s just such a feel good show and a wonderful reminder of the compassion we’re all able to show to another — despite our differences. I think the reboot of this show really came at the perfect time in our current state of social and political affairs.

A charming breakfast/brunch spot in Chicago that didn’t quite make the cut for A Single Girl’s Guide to Chicago, stumbling upon Stax was a complete accident. Long story short: It basically only happened because we got to Spring Awakening super early and wanted to get food before the festival. Regardless, Stax happens to be Michelin guide featured and is so legitimately wonderful. I had the best grilled cheese of my life there {and I think 30% of my diet consists of grilled cheese, so that’s saying something}. They put house made lemon blueberry jam on their grilled cheese. Who would’ve thought? Another menu highlight: their lavender pancakes + also Stax’s ability to make gluten free options as well!

Another month, another playlist, and the playlist of my June favorites one is one of my favorites yet. I’ve found that when I’m traveling I discover new music more quickly for several reasons:

I completely love each and every song on this playlist, but my top favorites have to be “Limitless” by Sam F. featuring Sophie Rose, “lovely” by Billie Eilish featuring Khalid, “Say My Name” by Digital Farm Animals featuring IMAN, and “Be Okay Again” by What So Not featuring Daniel Johns. “Tokyo Drift” by the Teriyaki Boyz I’m completely late to the game on, but it’s SUCH a fun song to blast in the car with your friends.

One response to “Eva’s Enamoured By – June Favorites”