The Lilly for Target Bloodbath + Haul!

From the announcement of Lilly + Target, there have been two sides, those in favor, and those opposed.  While I won’t comment on that issue directly, I will say that regardless, more of the world just had an opportunity to be a little better dressed.  🙂

Now onto my experience with the collection…

I originally tried shopping Lilly + Target at midnight central time on my COMPUTER.  Big mistake.  Target never announced an official drop time, they just said something along the lines of “in the early hours of the morning”.  It turns out that meant Lilly for Target would only be released on mobile and would only be accessible through Google Search.  What.  Even?  I only found out about this through the power of Instagram, and even though I did, after messing with it on my computer for 45 minutes, by the time I got to mobile basically everything I wanted was sold out.  Eventually Lilly for Target was released on the Target desktop website, but I have no idea when that happened as I went to sleep at 1 am central time.

Naturally, I woke up at 7:30 and headed to my nearest Target store and waited in line for 15 minutes to shop.  When they opened the doors, everyone immediately started running.  I was there with my sisters and my mom, so my sisters and I ran ahead while my mom grabbed a cart and went to beauty.

While I did end up getting a few of my favorites, I was disappointed in two things: 1. The amount of stuff the Target store had (no swimsuits, really?) and 2. How the shoppers conducted themselves.

While the other shoppers were by no means violent or absolutely crazy, it did seem clear that there were quite a few people there who were shopping simply for the purpose of buy and resell.  While I understand that’s tempting, especially with the collection being so cheap as a whole, I feel as if the point of the collection was to make Lilly more accessible to the general public in order to gain a larger following to their main brand.  I’m not saying that it’s bad to buy and resell one or two items, but completely clearing out a style is a bit ridiculous.

In regards to the quality concern, I would say approach with caution.  While I don’t think the Lilly + Target collection has terrible quality by any means, I definitely wouldn’t set my expectations too high.  The cottons are on the thinner side and in general, a lot of the classic Lilly finishing touches that are always done oh-so-well are missing.  Some of the finishes are really on the tackier side.   Again, I’m not saying the quality is terrible, just don’t set an unrealistic expectation that the collection is made of the same Lilly Pulitzer quality fabrics every Lilly Lover has come to know and love.

That being said, my sisters and I managed to pick up quite a few adorable(and affordable!)  items.

Valet in My Fans
LOOOOVEEE this!  It’s going to be perfect for when I’m living in Miami for a month this summer!  😉 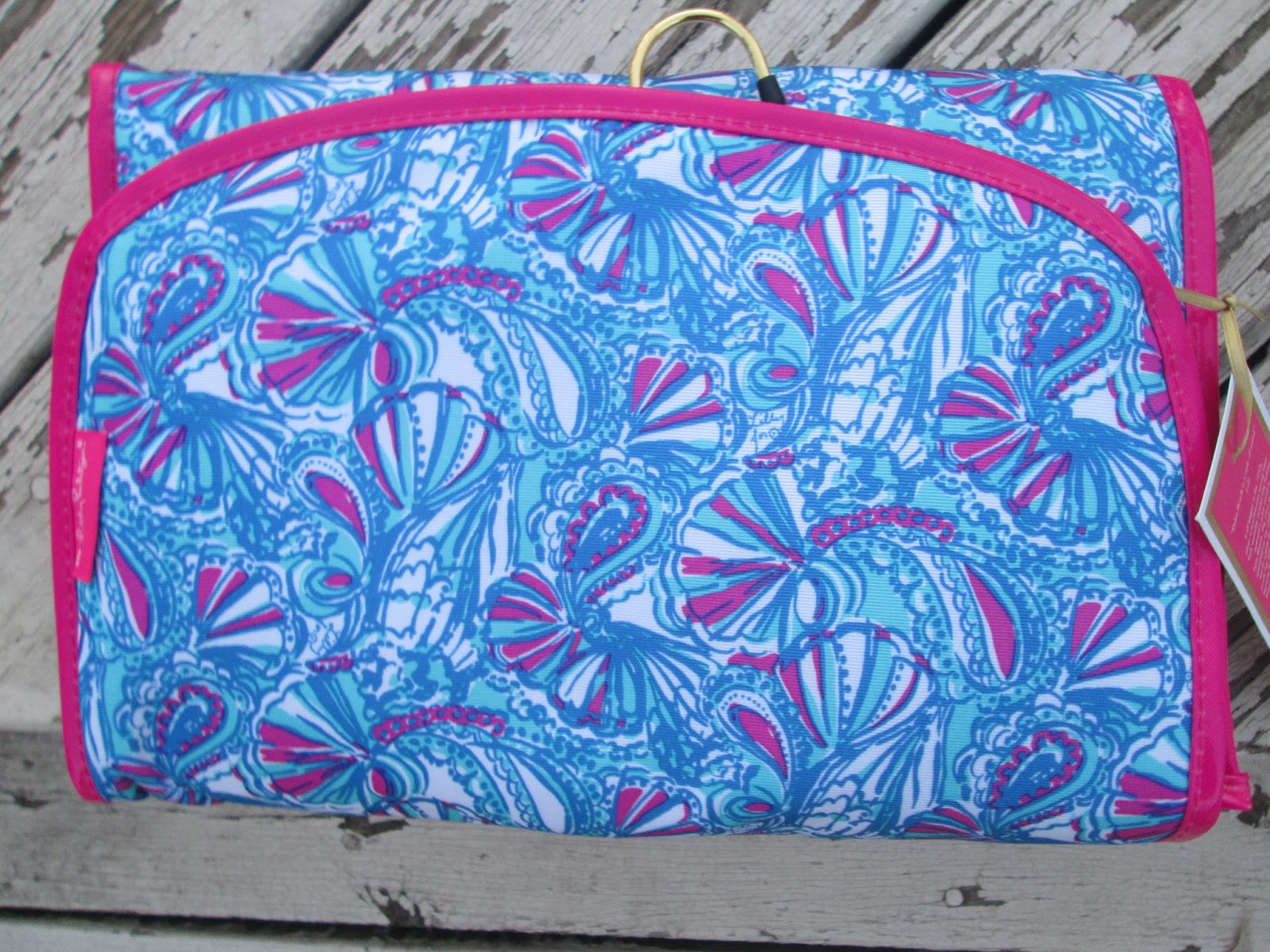 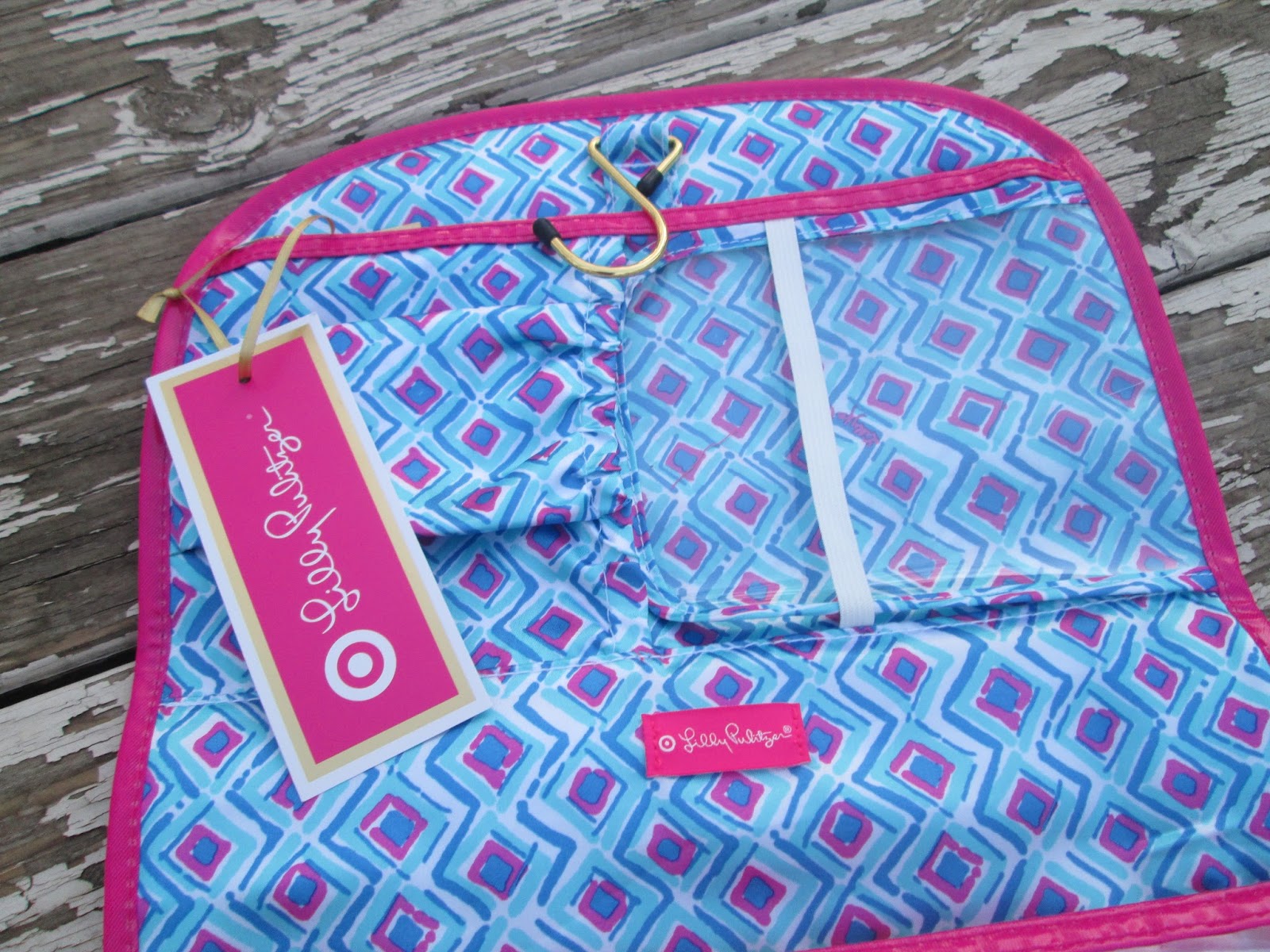 Double Zip Organizer in My Fans
This is my sister’s, but I almost bought it because it’s something that’s both cute AND useful! 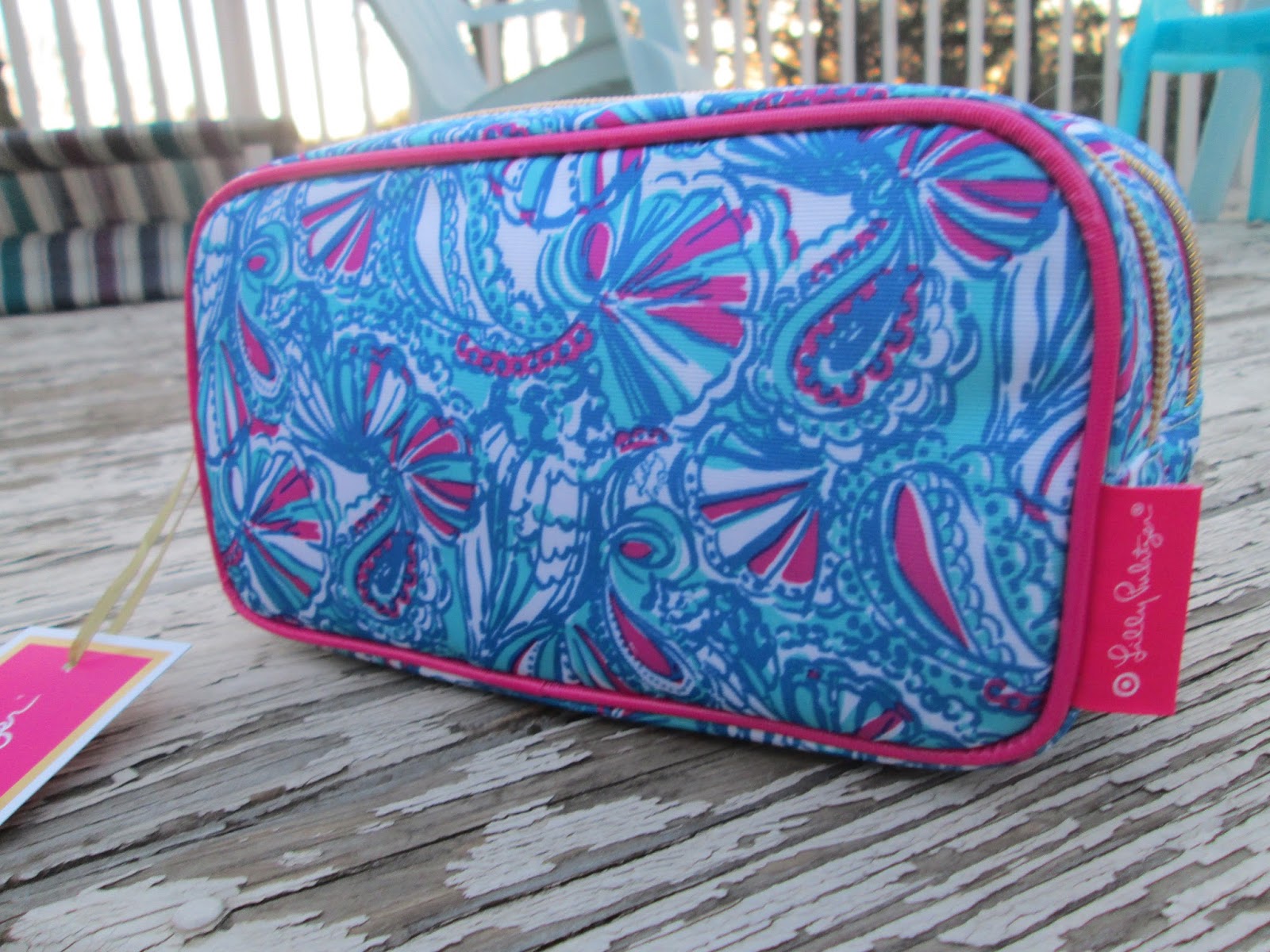 Double Zip Train Case in Fan Dance
This is my sister’s, and all I have to say is that she has so much stuff in it, it’s absolutely ridiculous. 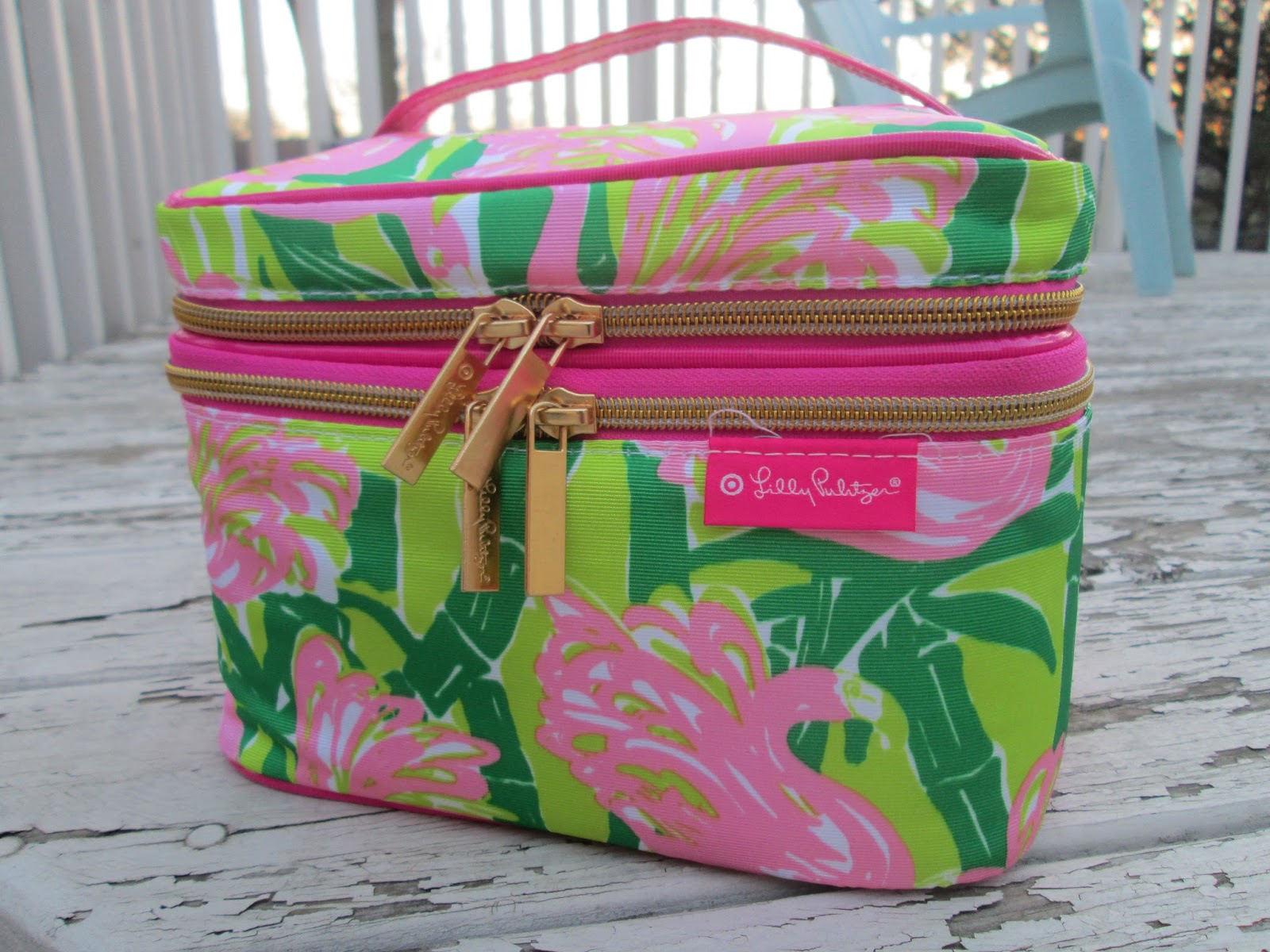 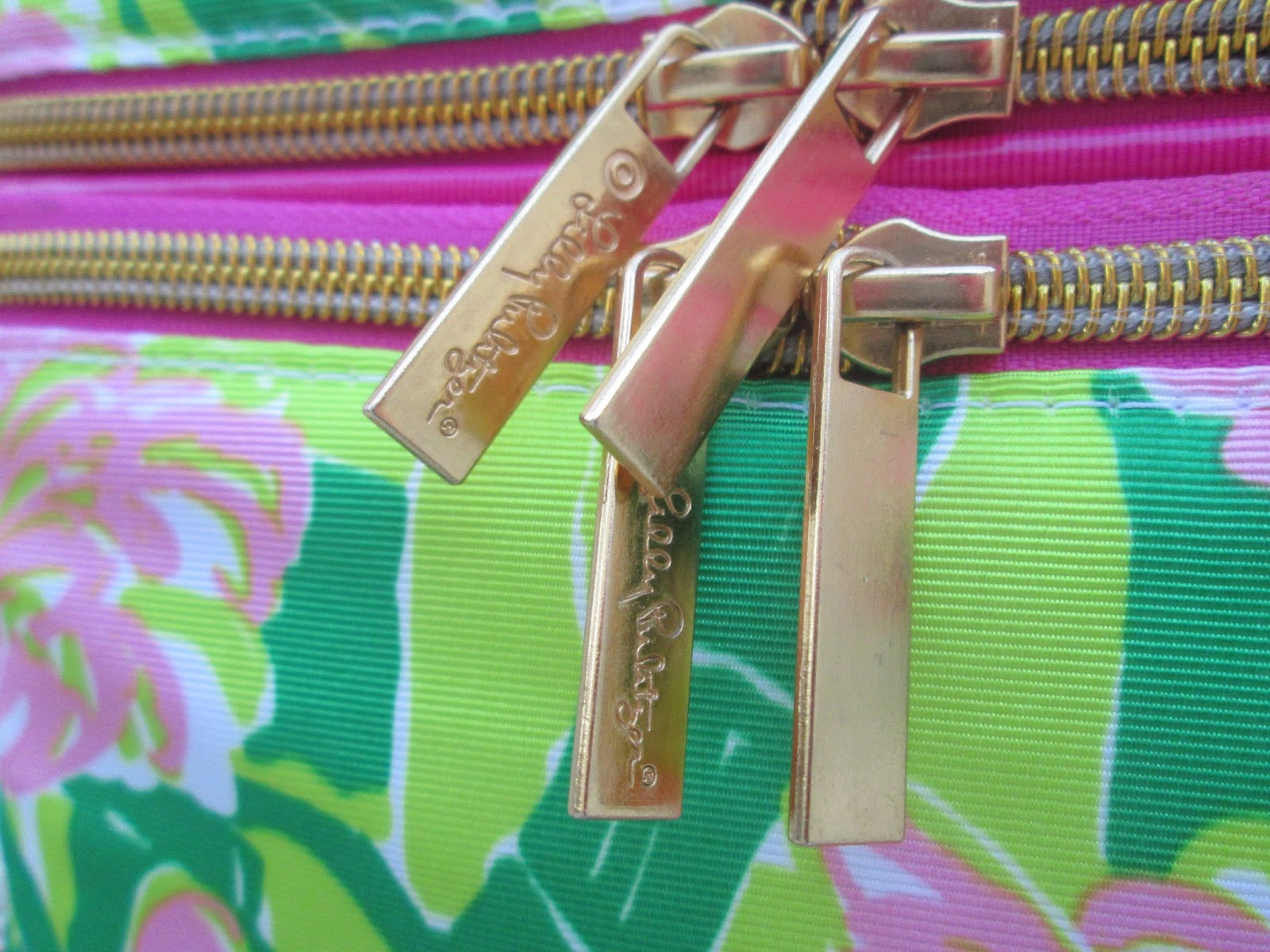 Women’s Satin Flounce Dress in Sea Urchin for You
This dress is so cute, but it’s a size too big for me.  My sister, bless her heart, ran into the middle of the women’s section madness when she spotted this dress but was only able to get a small instead of an extra small.  My one complaint about this dress is that the fabric is more of a satin chiffon than a true satin, otherwise, really cute! 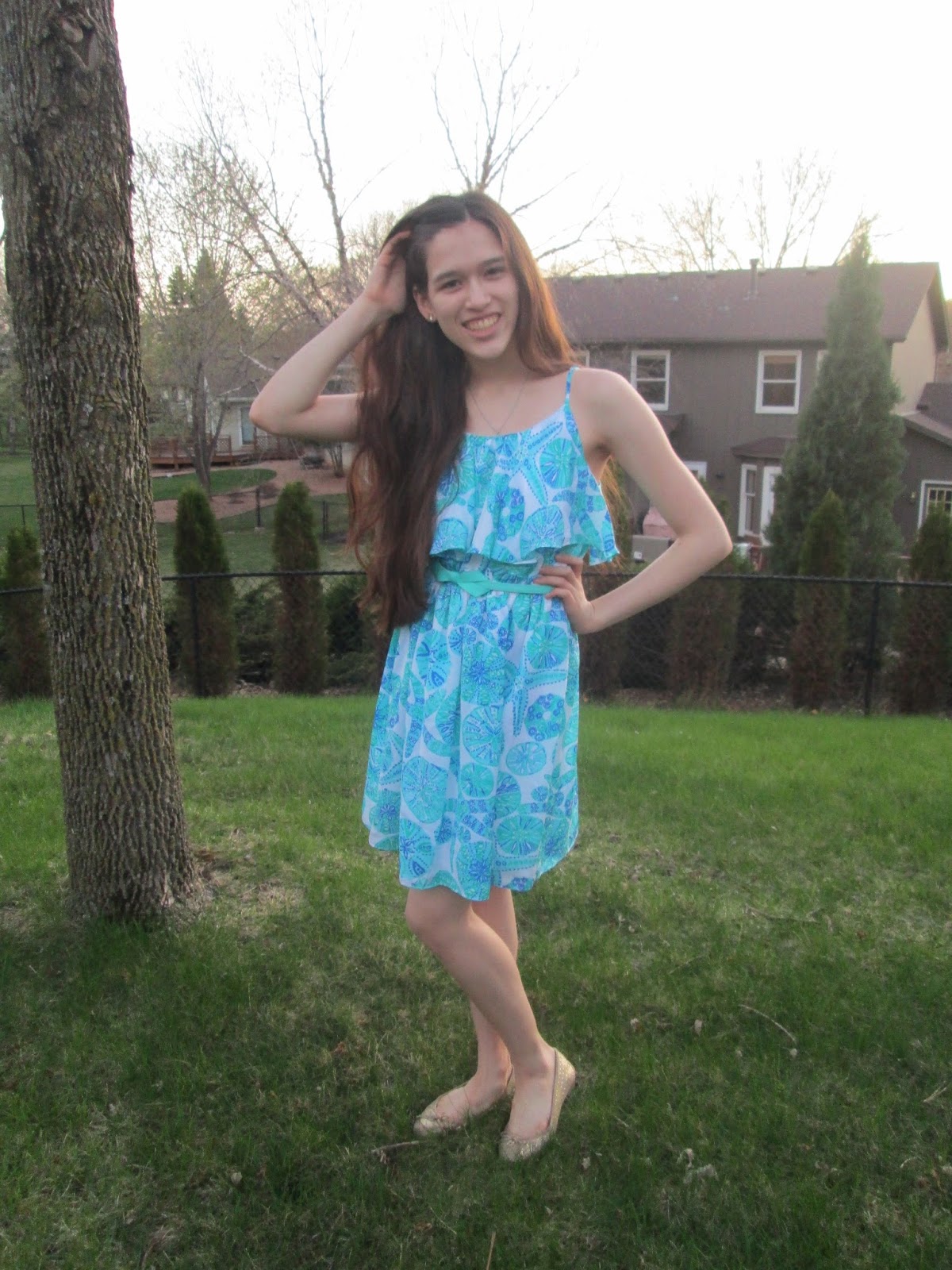 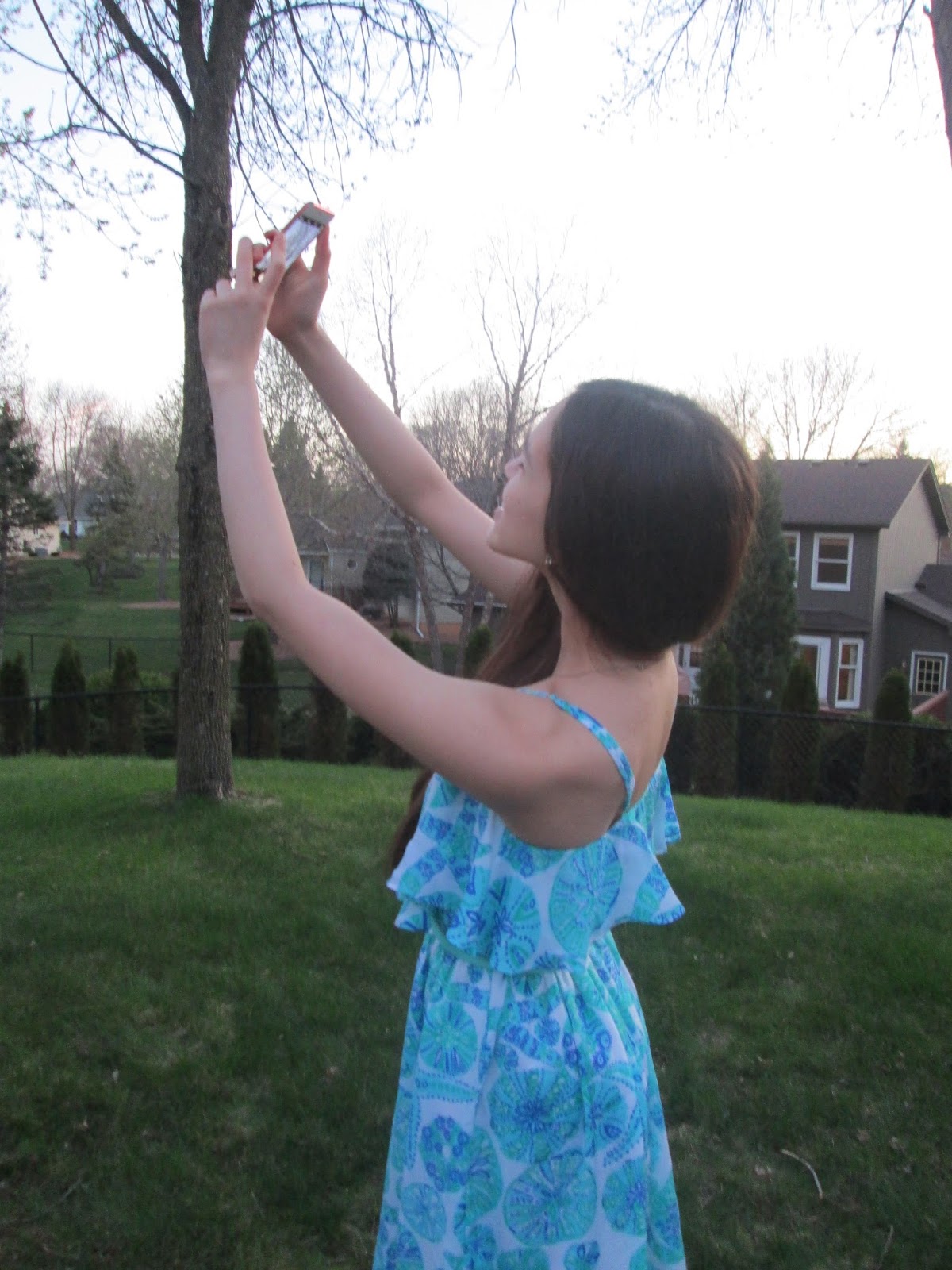 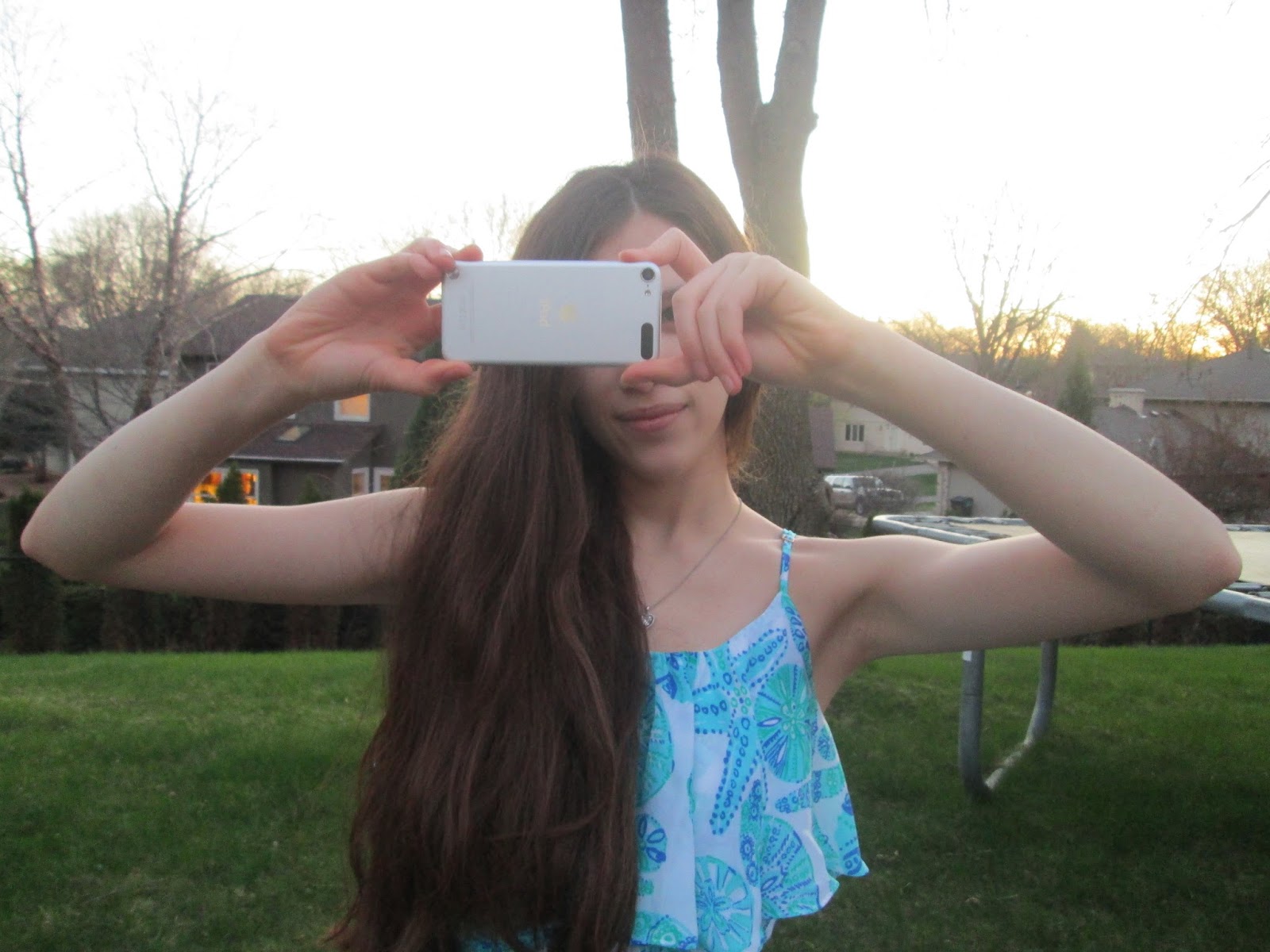 I styled the belt with my regular Lilly Grosgrain Bow belt.  EVERY Lilly Lover should have one of these, I wear mine with everything and it finishes an outfit perfectly! 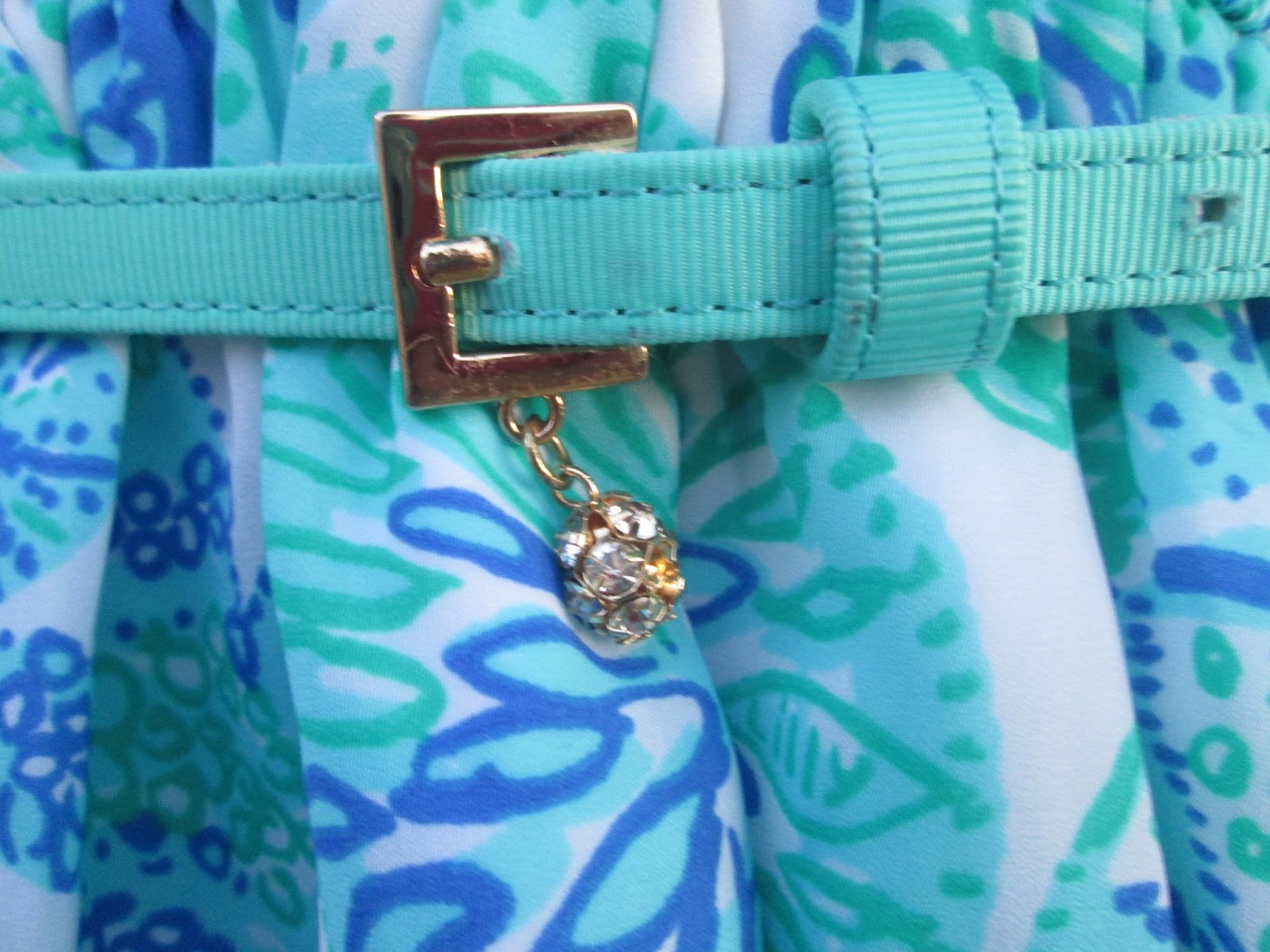 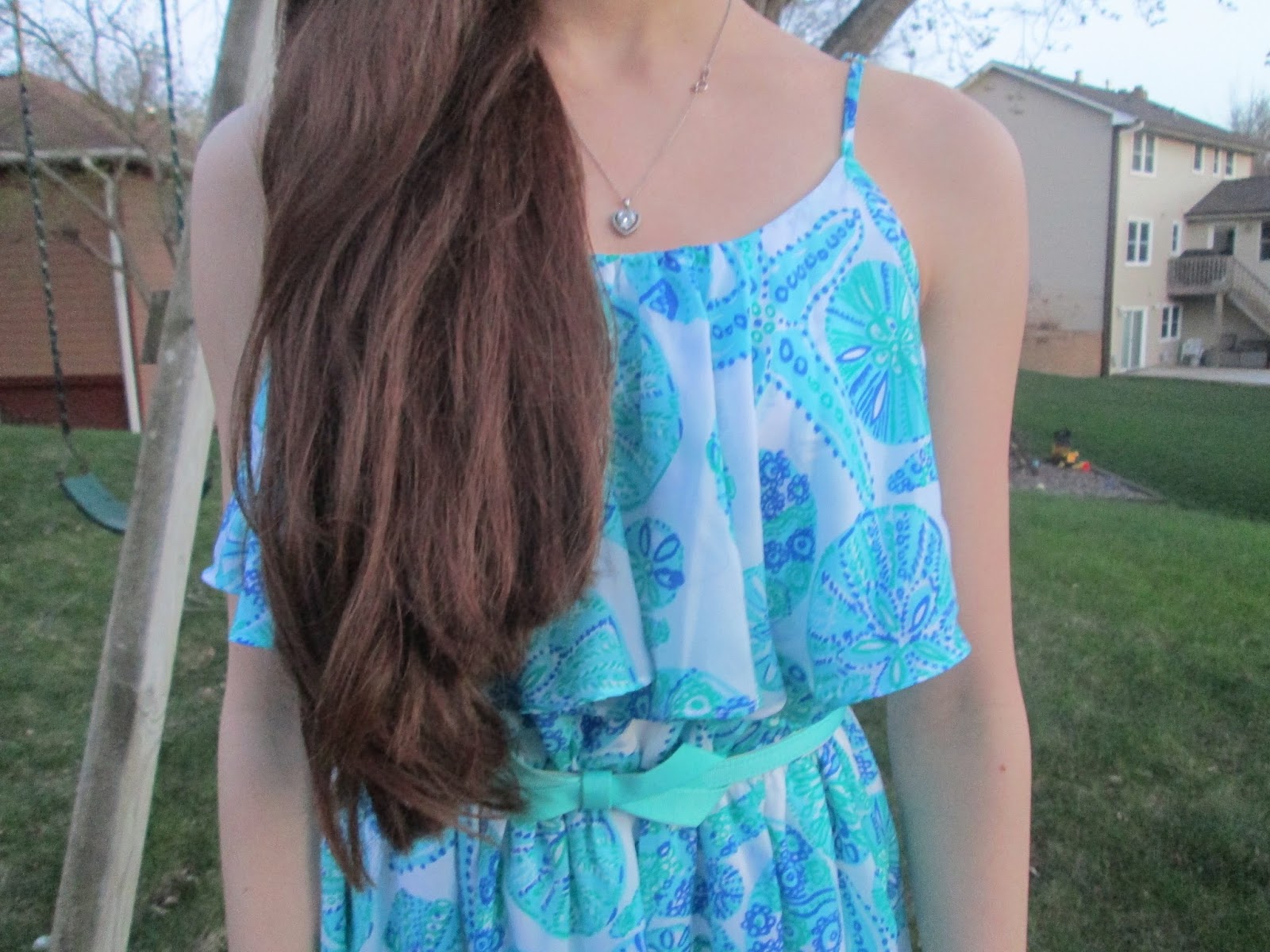 Girls Eyelet Tank Top in White
Lilly for Target used Target’s Girls’ sizing instead of Lilly’s, and it shows.  I got a Girls’ XL, 14-16, which is the equivalent of a Women’s XS, and it’s really big on the sides.  Luckily, the way this top is cut is in a circle, so the gaps are basically hidden in the folds.  Otherwise, this top is really cute! 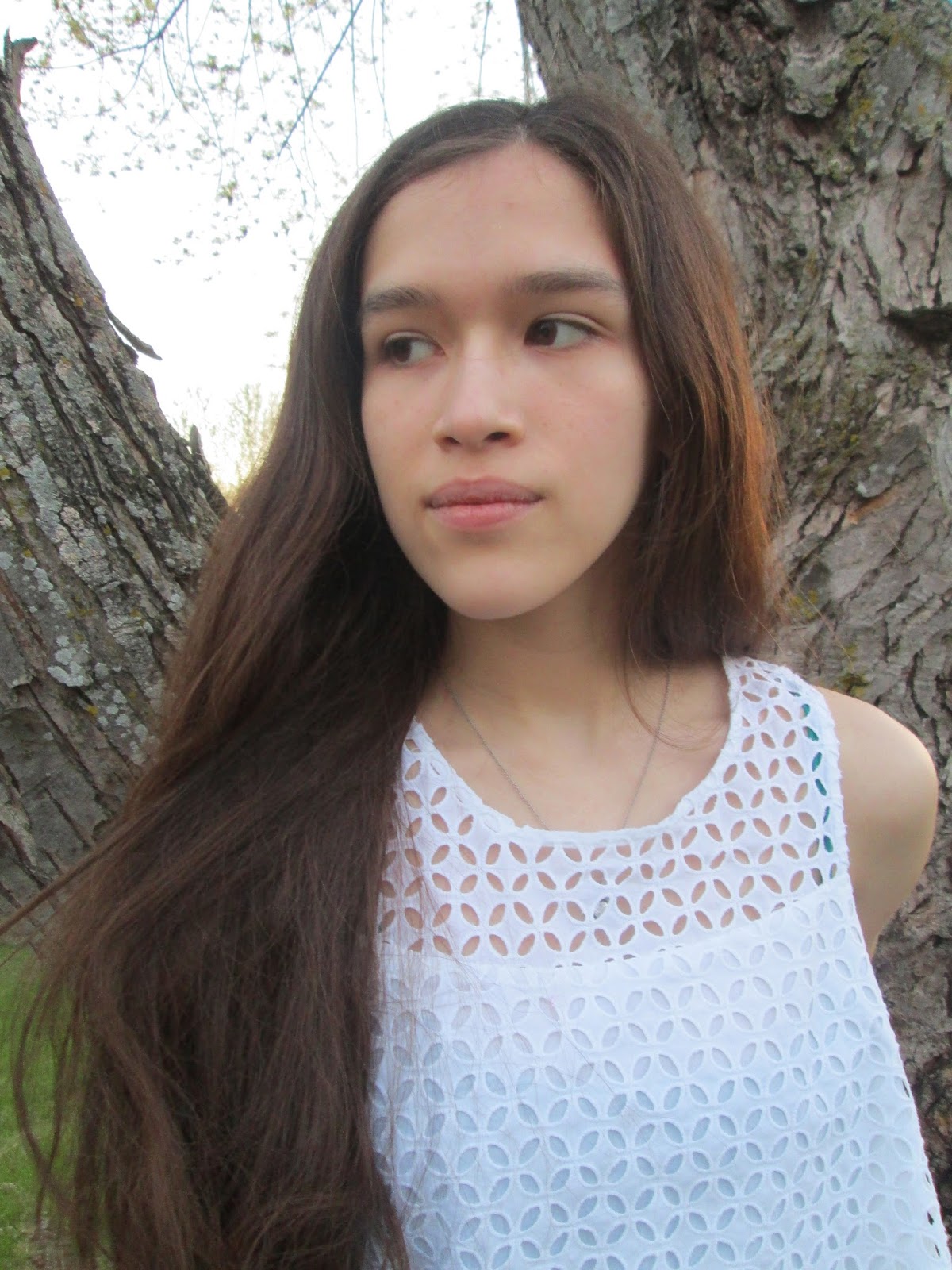 Girls’ Pompom Shorts in My Fans
These were one of the only pieces from the entire collection that I REALLY wanted, since they’re not something Lilly would normally carry, and they’re SO CUTE!  So comfortable, really just perfect for lounging around, but can also be dressed up to go to school or the mall.  Plus they were only $12! 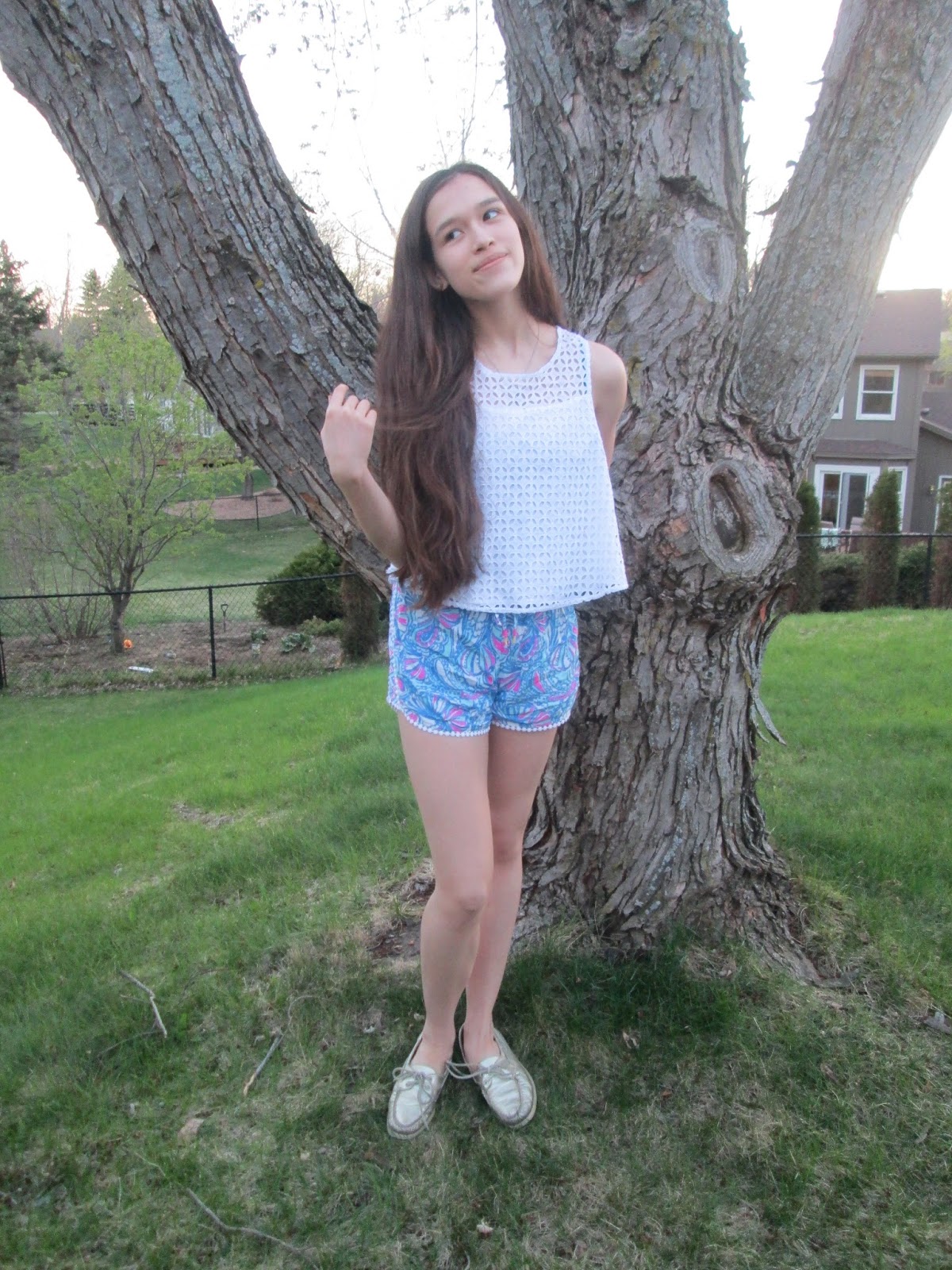 Girls’ Maxi Dress in My Fans
Both of my sisters got this dress, but refused to take a twinning picture together.  This dress is adorable and moves well.  The contrast strip at the bottom flares out when spinning, which my sister loves. 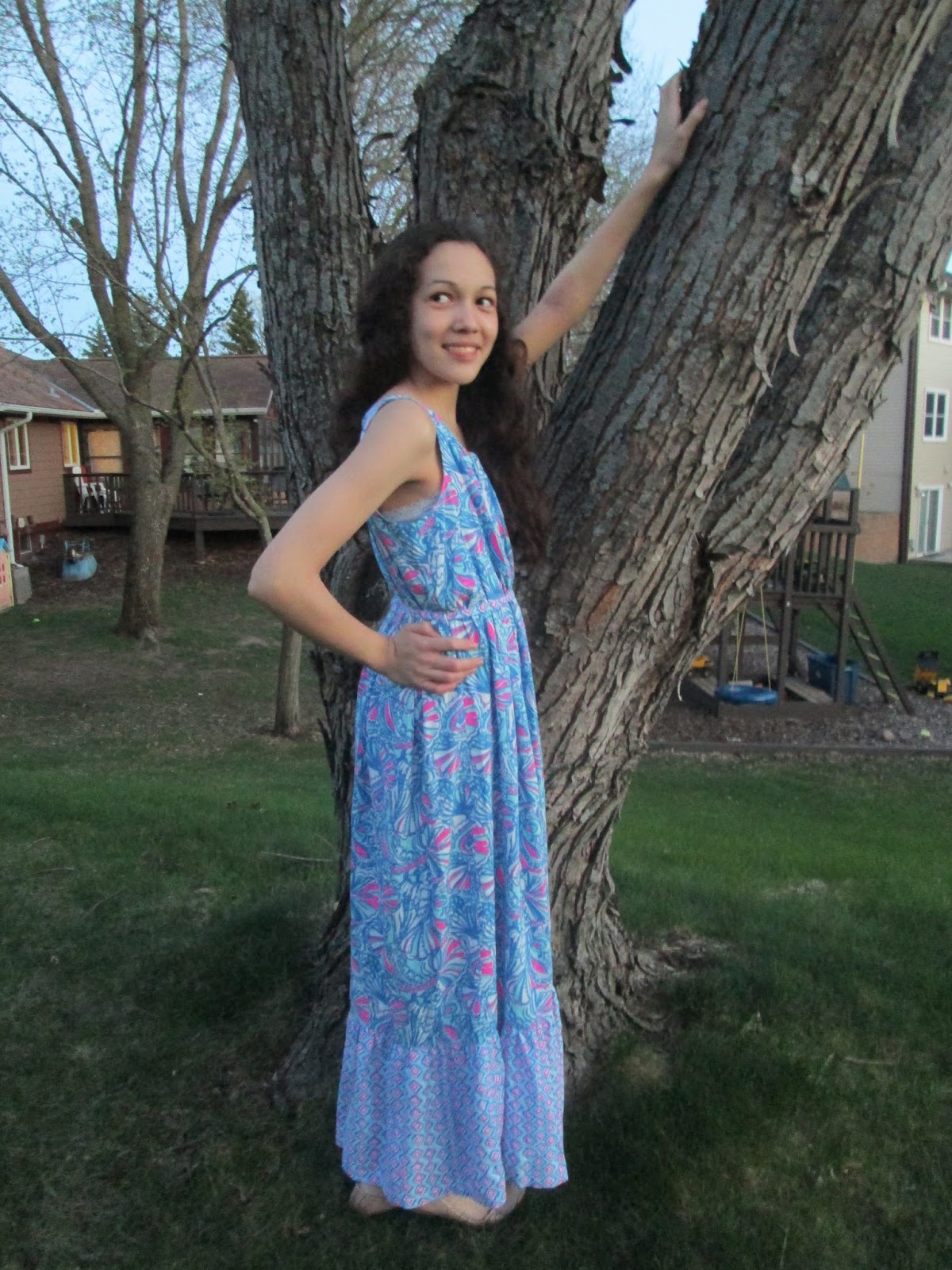 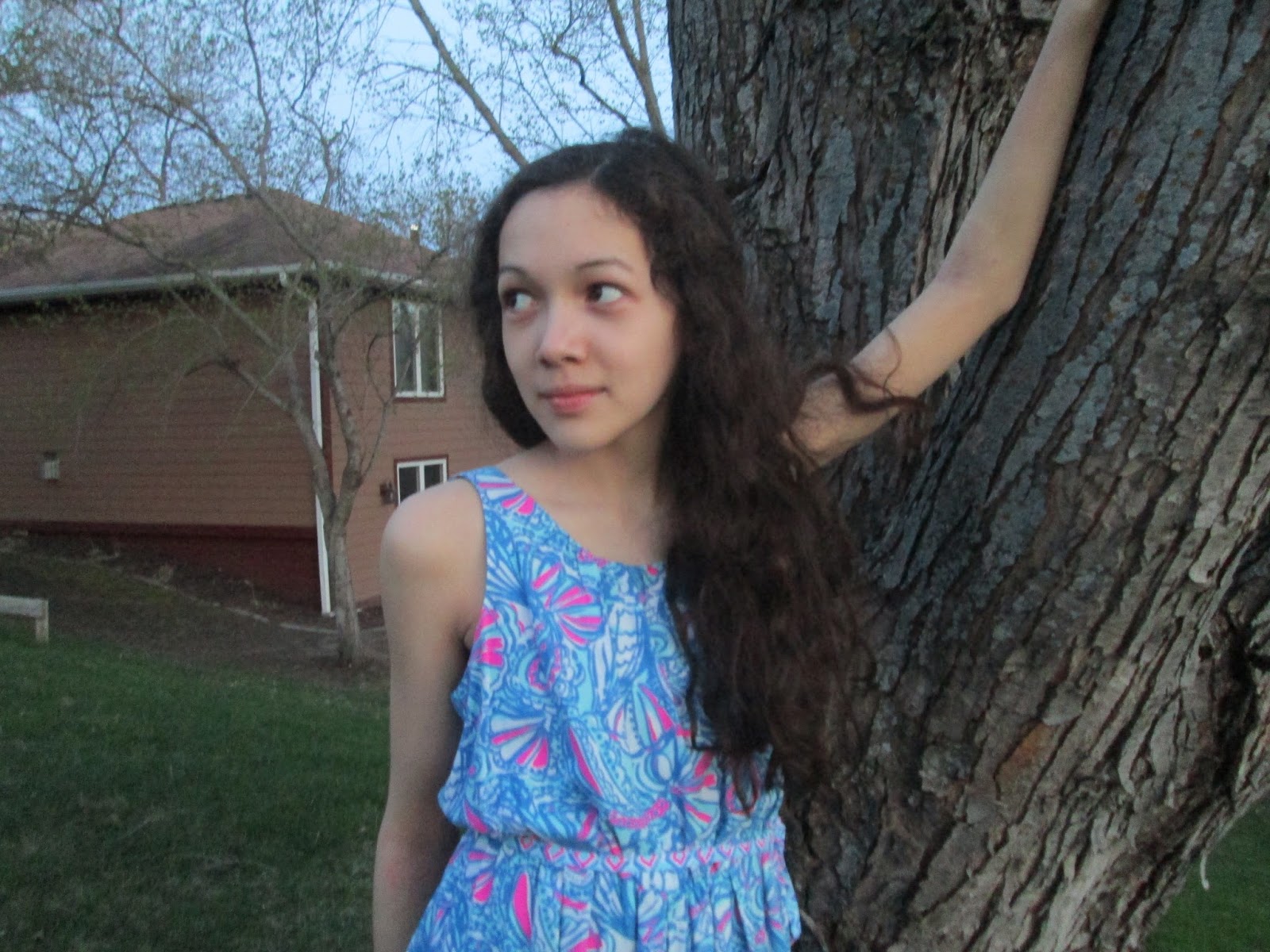 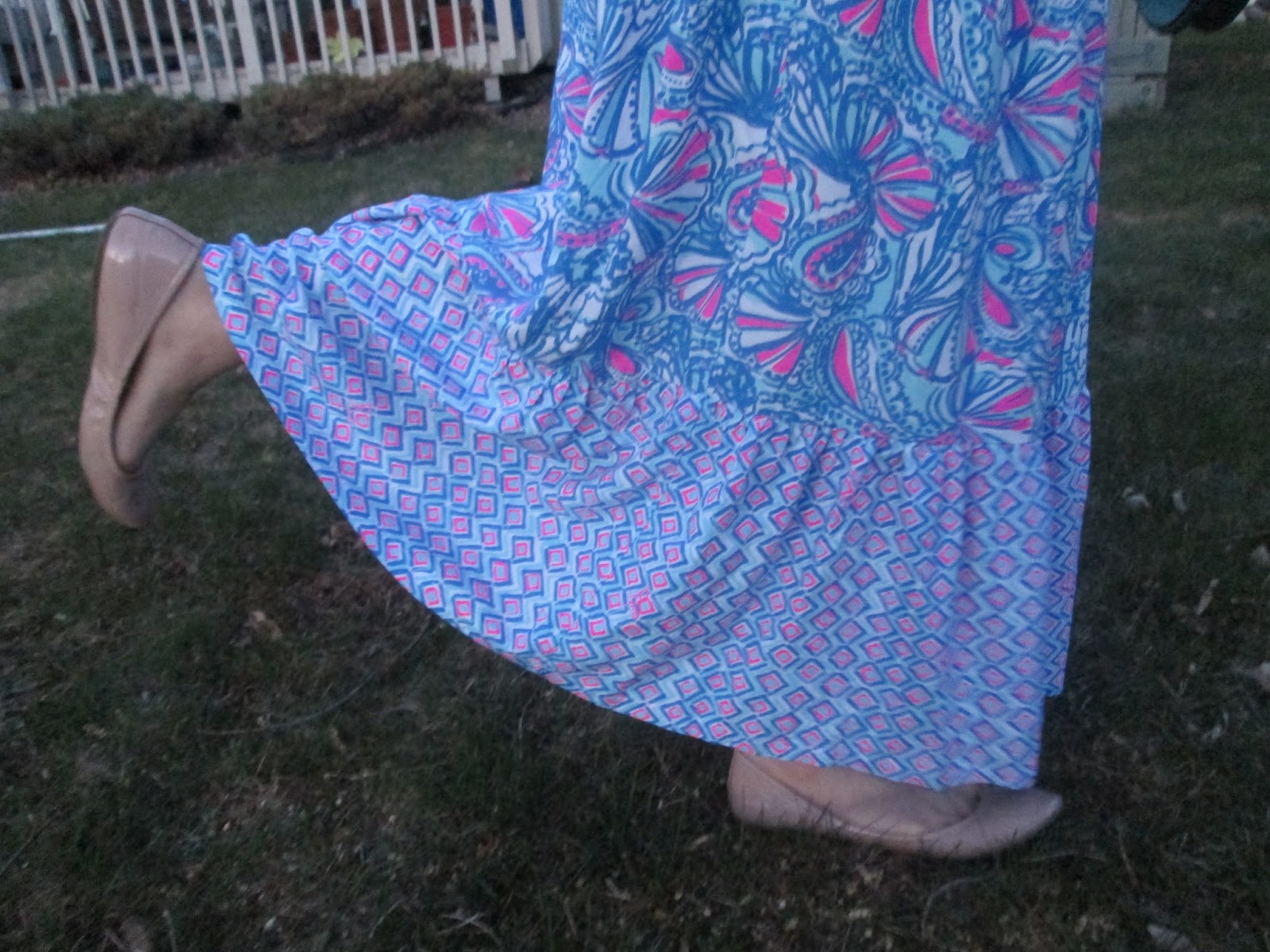 I think one of the best things from the collection as a whole was the continuity in the small details. These are the things Lilly is known for!  My sister’s dress had the same button as the button that are on the back of my eyelet shirt.  A small detail, but classic Lilly! 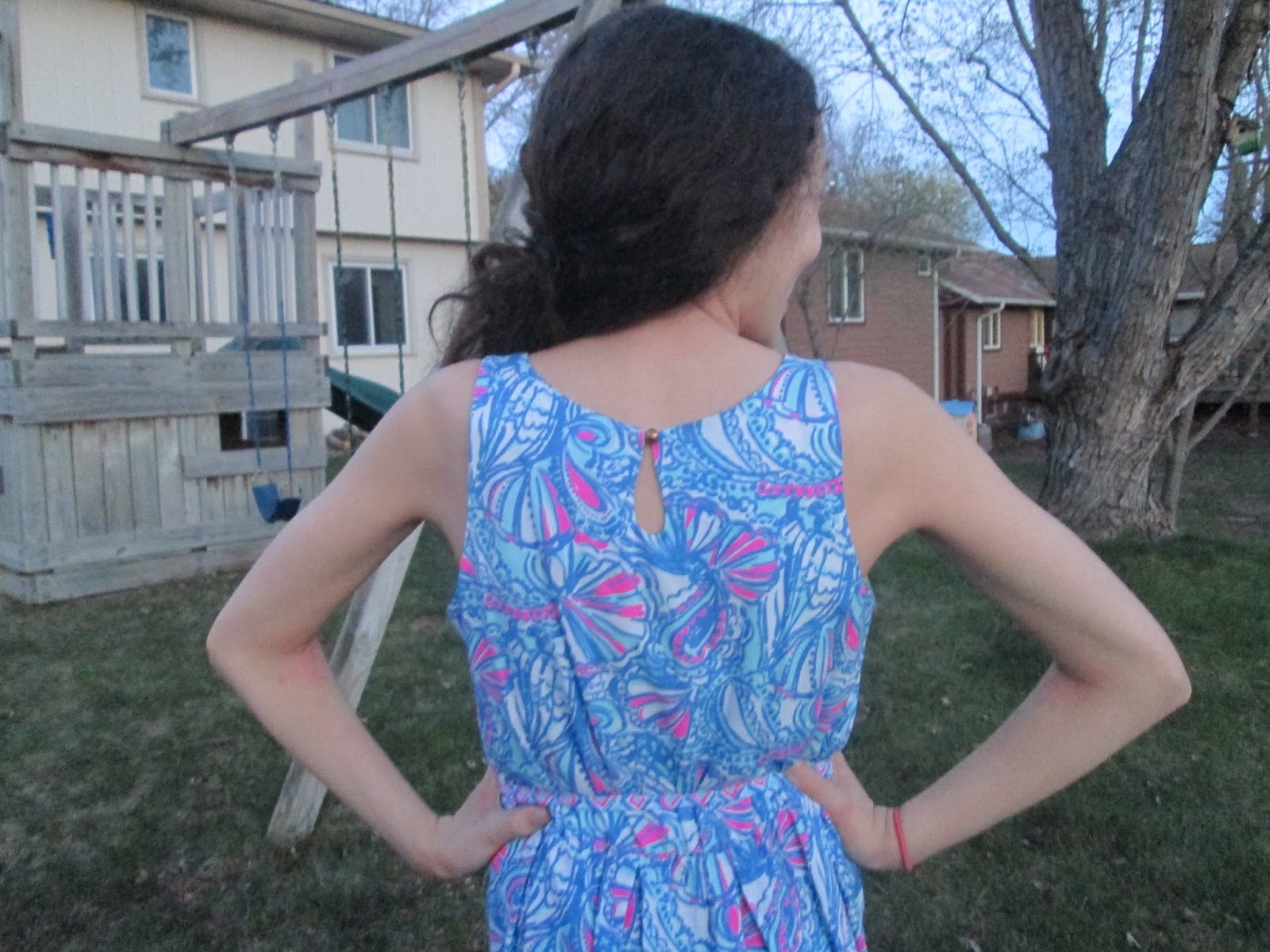 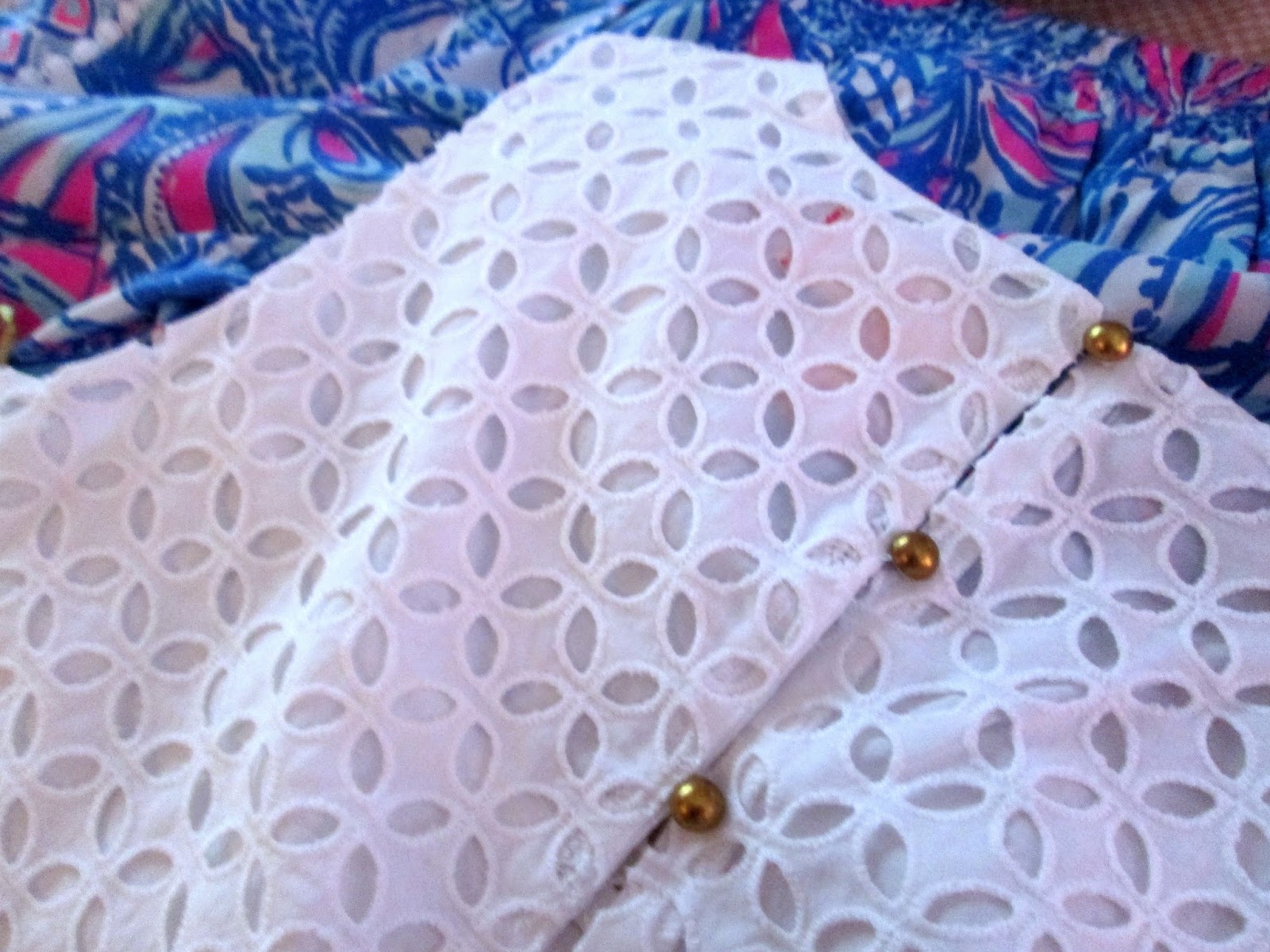 Did you manage to score anything of your own?  Let me know!

2 responses to “The Lilly for Target Bloodbath + Haul!”