I was in Miami for five weeks, FIVE WEEKS (Well technically five weeks and two days, but who’s counting? 😉 ).  If I’m being completely honest with all of you, I didn’t really like living in Miami for a while, that is, until I figured out where to go. 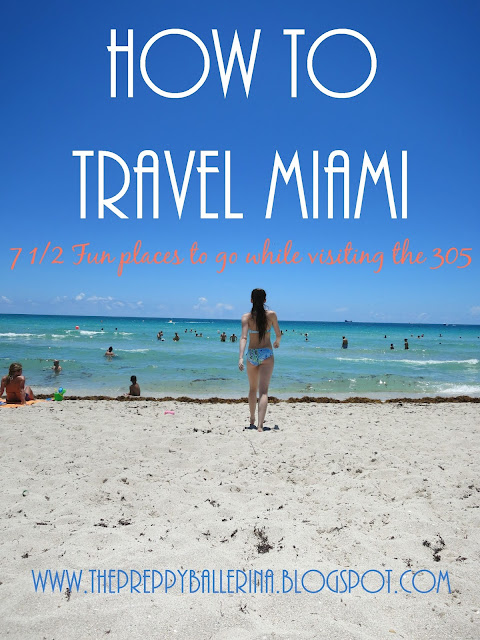 South Beach is absolutely gorgeous, and, if you can go at a time when it’s not too crowded (i.e. Sunday morning), it really is enjoyable.  The beach has absolutely gorgeous blue and green water and it stays shallow for quite a while which allows you to go pretty far off shore.  🙂

Helpful Tip:  If you ever need to park, there’s a lot on 22nd St that generally has space, but the beach straight down from it is pretty heavy on seaweed a few feet up from the water and a little bit in the sea.  If you go a few blocks down, straight down from Lincoln Road, there’s clear shores and it’s generally cleaner.  Plus, there’s a really fun purple and green lifeguard stand!  We were at this part of the beach on a Sunday afternoon so it was pretty quiet for South Beach, but go on a Saturday and it could be pretty busy.  IF you do go on a Sunday, Lincoln Road has a little Farmer’s Market that not only has fresh fruit (lychee, anyone?) but also has really good fresh squeezed juice.  Pure mango juice, try it, it’s amazing. 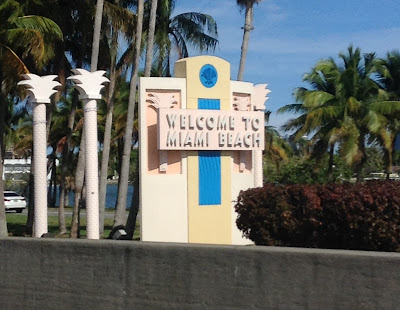 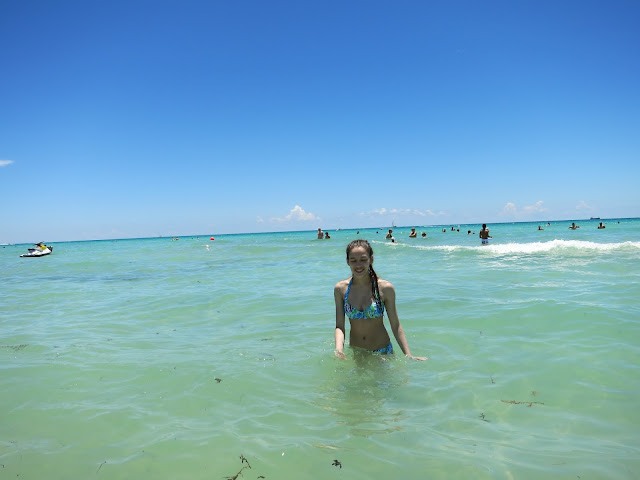 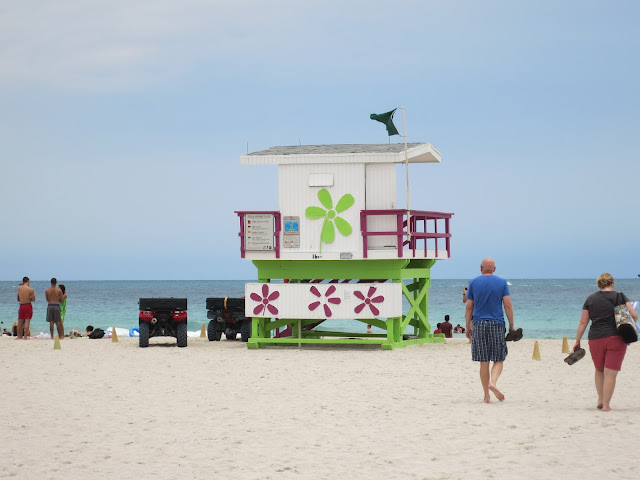 Beaches and yoga, two of my favorite things!  A yoga teacher I had at Miami City Ballet teaches this on Mondays and Saturdays at 5 in the winter and 6 in the spring and the summer.  Her yoga classes are amazing!  So relaxing and so much fun.  I would highly recommend stopping by at least once, especially if you are staying on South Beach! 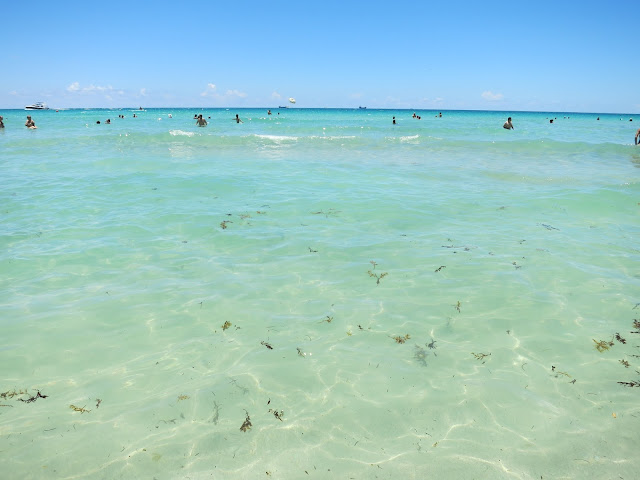 These walls are seriously so cool.  Think whole wall street art turned artistic murals and that’s what Wynwood is.  Wynwood is tasteful, and artful, and captures Miami’s diverse culture.

(Get ready for the flood of pictures) 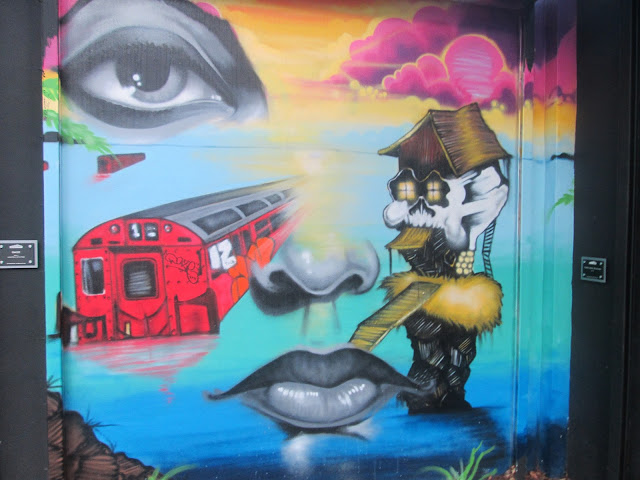 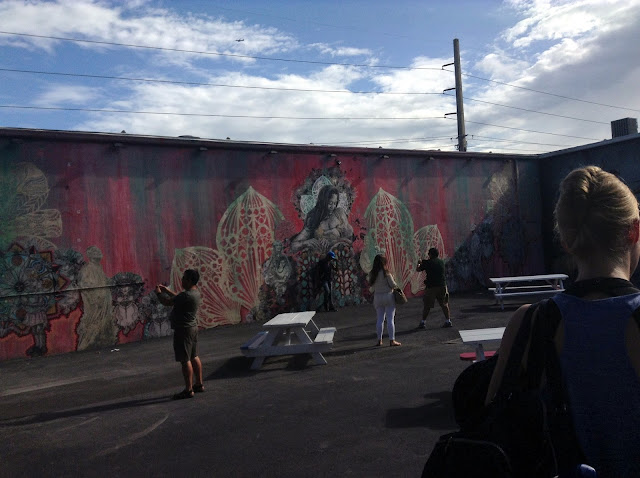 Of course, dance pictures had to be taken. 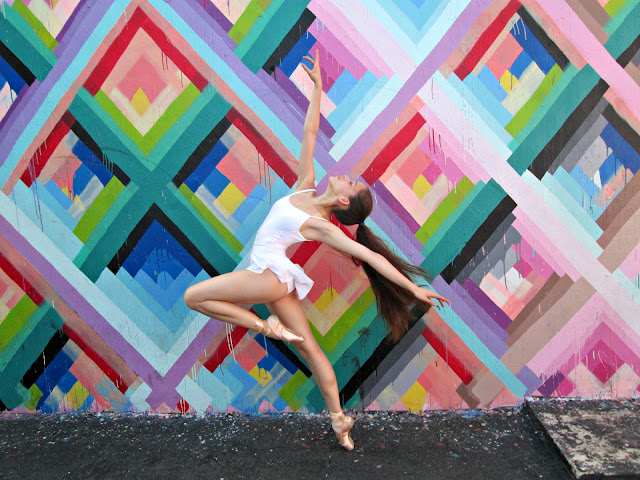 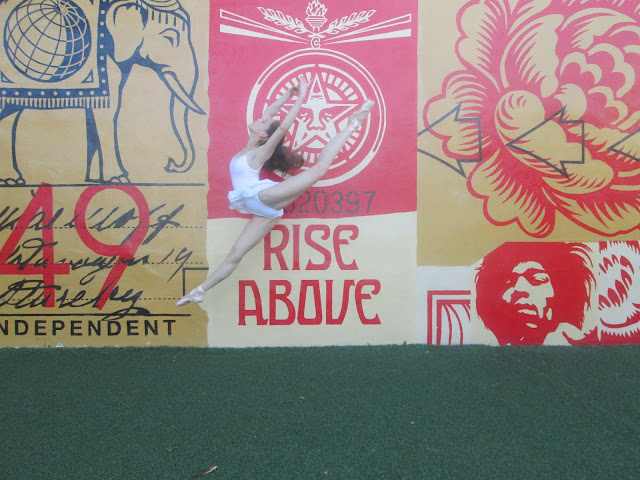 This wall…  The whole wall is so cool, all done in the same color palette and kind of like a throwback collage, however what I really loved was the section that said “Rise Above.”  So naturally, I was like, “I have to do a jumping picture!” Eight jumps later, I’m not sure that was such a good idea.  But we got the shot!  🙂 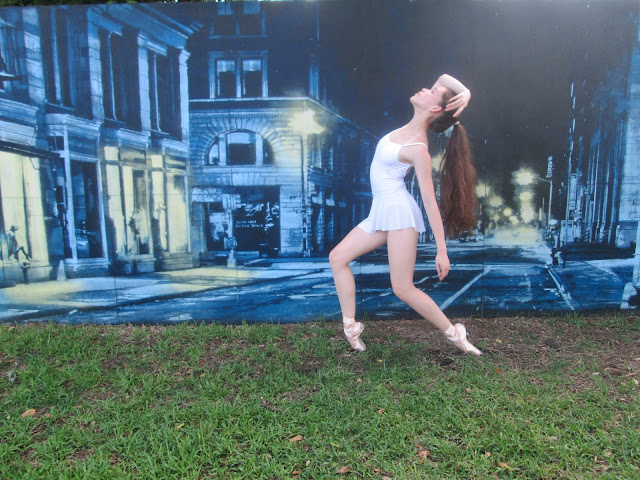 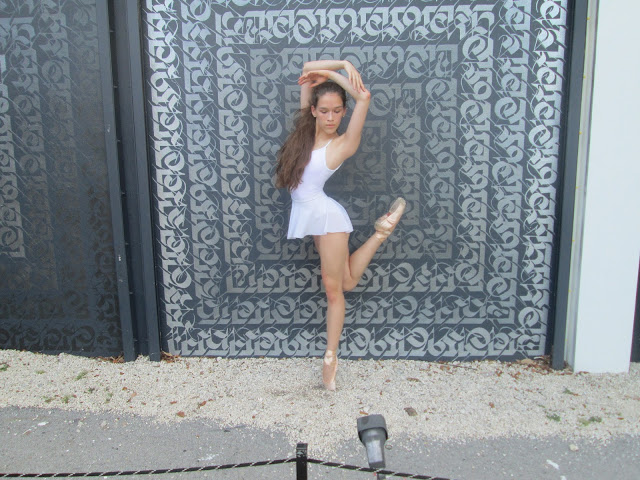 I am absolutely in love with this wall.  The camera doesn’t even begin to capture how cool it actually is in person.  On camera, it’s just a grayscale wall, but in person, the back base color of the mural is a matte gray, and every other accent shade is done in different shades of metallic silver paint, absolutely gorgeous. 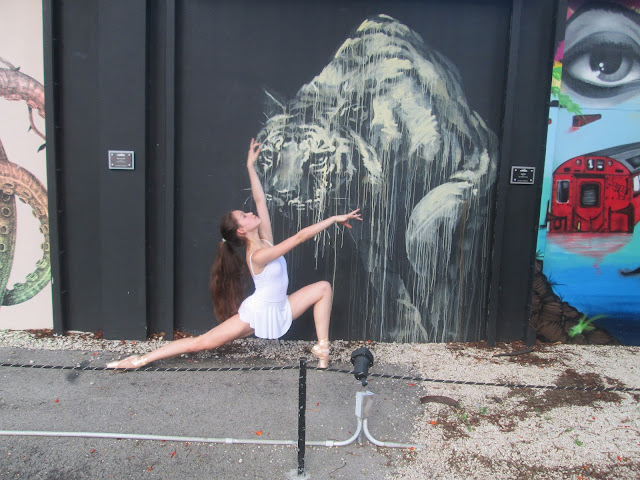 Wynwood Walls is a TOTAL Miami must see, just make sure you check the weather first before going.  There is a cafe and a gift shop within the gated walls, but besides that, it’s all outdoors.

Sawgrass Mills is actually about 45 minutes outside of Miami in Sunrise, but it is well worth the drive.  Sawgrass Mills is the largest outlet mall in the United States (or so their website claims), and it really is huge.  Sawgrass Mills has outlets from inexpensive retail stores such as Old Navy, to couture fashion houses such as Prada (Did anyone even know there is a such thing as a Prada outlet?).  My favorites were Kate Spade and Vera Bradley, of course. I ended up getting this really adorable Love Note Bow Ring at Kate Spade, and way too much stuff at Vera Bradley.  Other outlets included Tory Burch, Diane von Furstensburg, Barney’s New York, Ralph Lauren, and Coach.  Outside of the outlets are these painted alligators which were each handpainted by various artists. 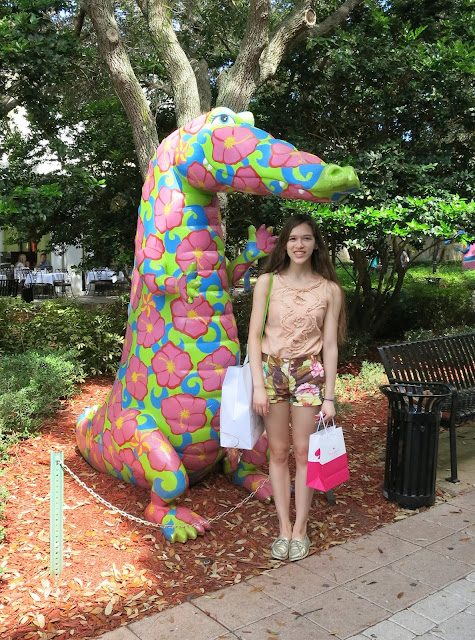 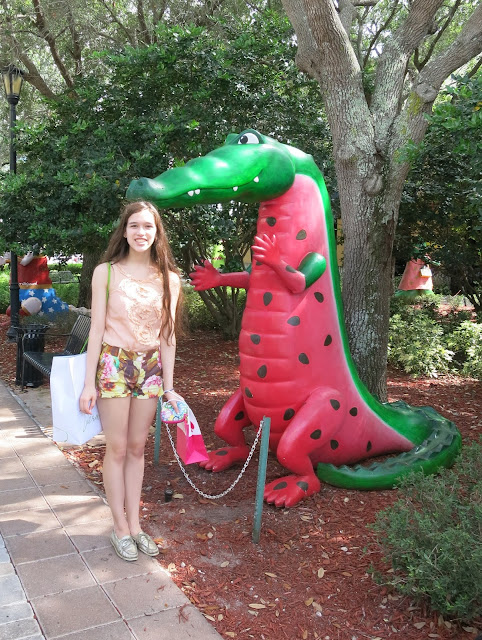 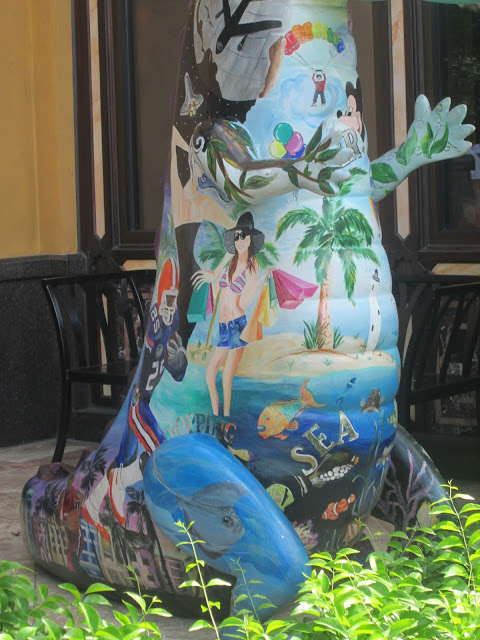 5) The Venetian Pool
This is also outside of Miami, in Coral Gables.  It’s only about a half hour away, but I would definitely make the drive.  The Venetian Pool is actually the city of Coral Gable’s PUBLIC POOL, but you definitely wouldn’t know that just from looking at it, trust me, it’s totally gorgeous.  Way prettier than any public pool you’ve probably ever seen before.  Let’s start with the fact that each day, the pool gets refilled with spring water from their underground aquifer.  No chlorine, no chemicals, no salt.  There is a major waterfall and caves to swim under and sit in.  There is also a really pretty bridge and rocks lining a few sides of it. 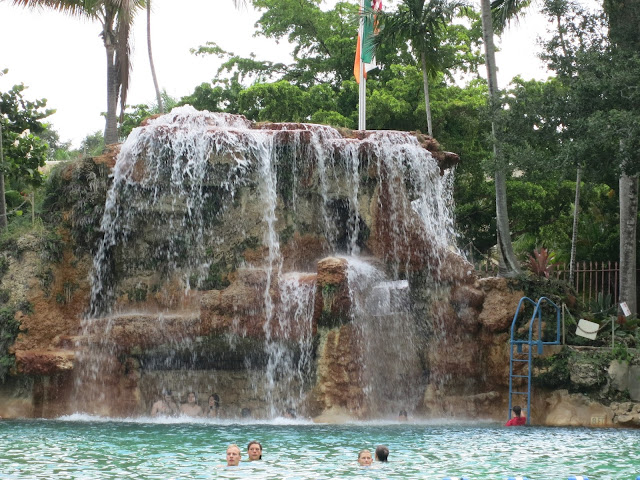 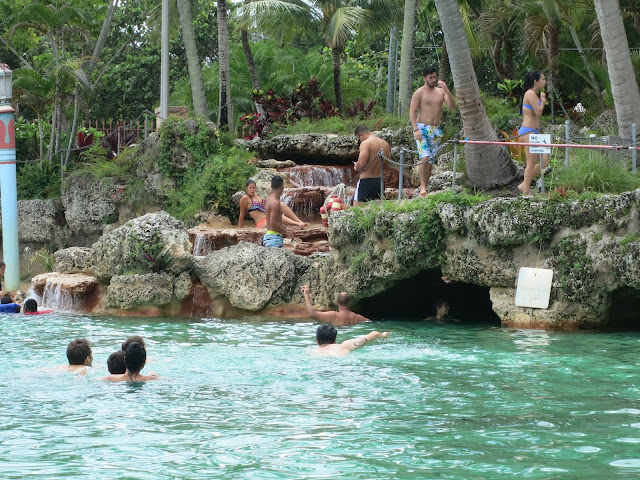 Designed by George Merrick, Denman Fink, and Phineas Paist in 1924, the Venetian Pool is actually on the National Registrar of Historic Places, and is the ONLY pool on the list. 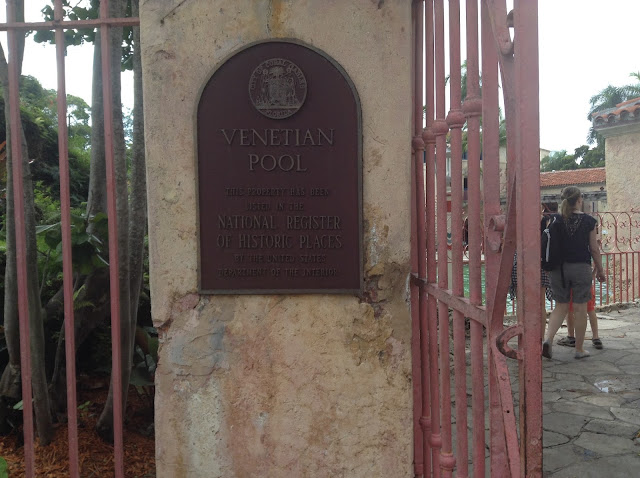 If you’re going here, GO EARLY.  It is all over the Venetian Pool’s website and at the entrance that they will stop selling tickets once they’ve reached capacity.  My mom and I got there around 10:30 Sunday morning, and by the time were leaving around 11:45, there was already a line to the ticket desk almost to the gate entrance.
For non-residents, the Venetian Pool is $12 for adults, and $7 for children ages 3-12. 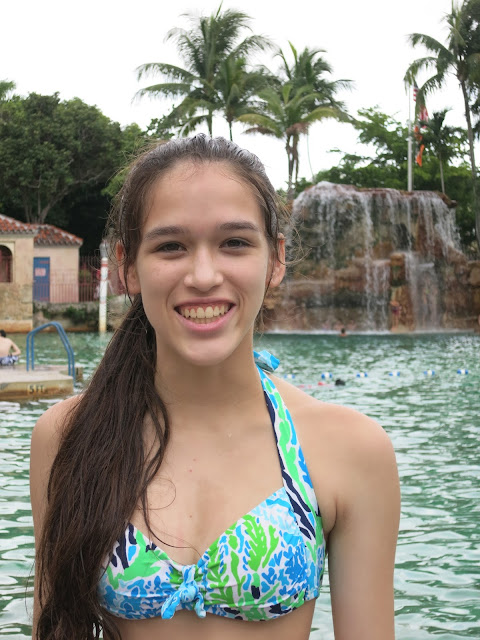 IMPORTANT: The Venetian Pool doesn’t allow children under the age of three in and this is for a reason.  The shallowest part of the pool is four feet, with most of the pool being about six feet deep.  The area by the major waterfall is actually nine feet deep and the caves are in five foot deep water.  If you’re going here, it’s most enjoyable if you know how to swim, especially because it’s not like most public pools where you can hold onto the edge or a wall.  Although there are some ledges built in, a lot of walls are rock and difficult to grab on to.  In a few areas, there are rocks at the bottom of the pool to rest on, but it isn’t everywhere and I wouldn’t count on it, especially if the pool is busy. 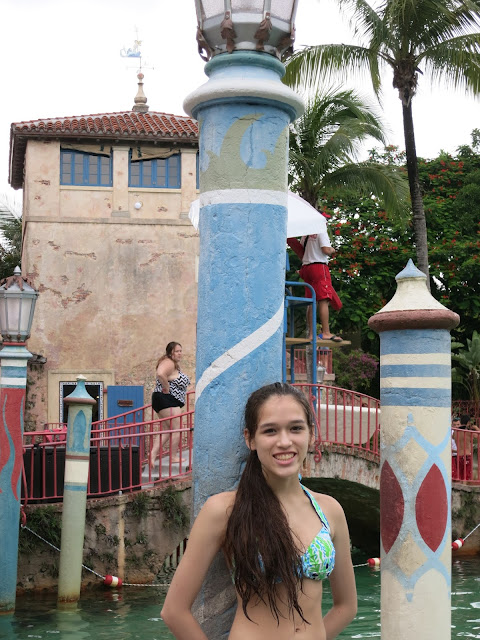 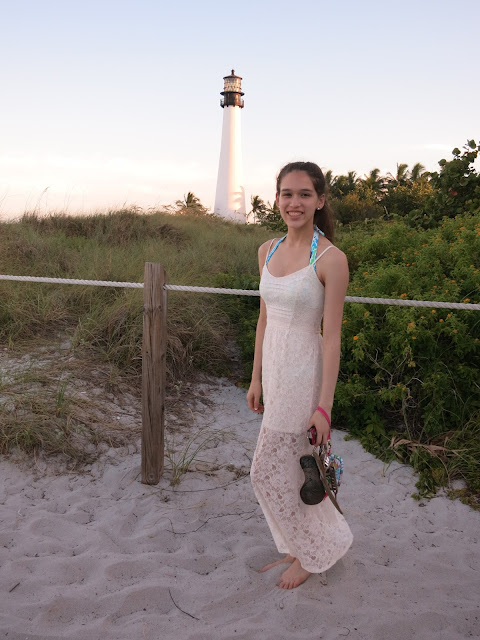 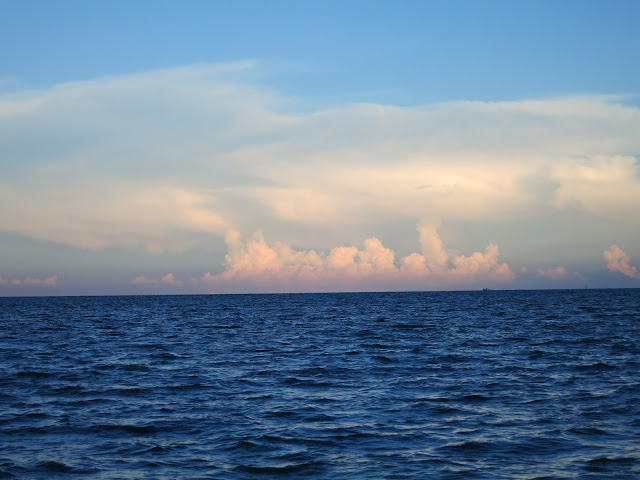 Crandon Park
Crandon Park is more towards downtown Key Biscayne, but is much quieter than being in downtown South Beach.  The water is so shallow and there are tons of sandbars which allows you to go really far into the ocean, which was so much fun.  The beach area is well maintained, with not much seaweed or trash on the shores.  In the water, there was large patches of seaweed in certain areas which was not very fun to step in, but definitely didn’t alter the overall impression of the park.  Crandon Park also had tons of lifeguard stands, which was really reassuring.  On the weekends, it is $7 to park at Crandon Park. 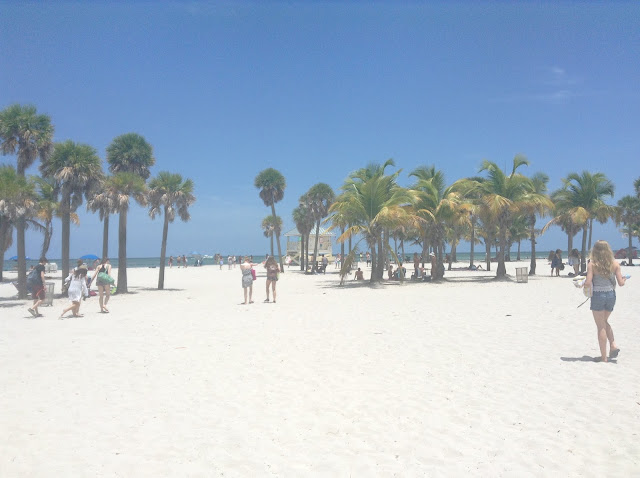 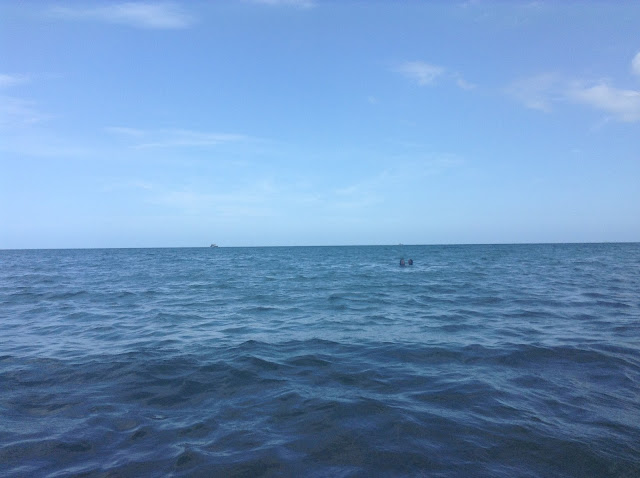 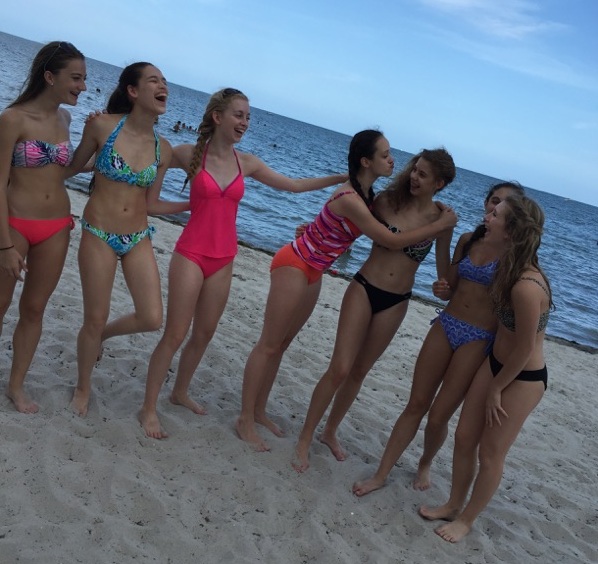 7) Miami City Ballet
I might be prejudiced, but this might be the best one out of the whole list.  😉 Honestly though, if you’re in Miami/South Beach during Miami City Ballet’s season, GO.  Their company is absolutely amazing and located on 22nd and Liberty, it’s really convenient to get to from any hotel on South Beach. 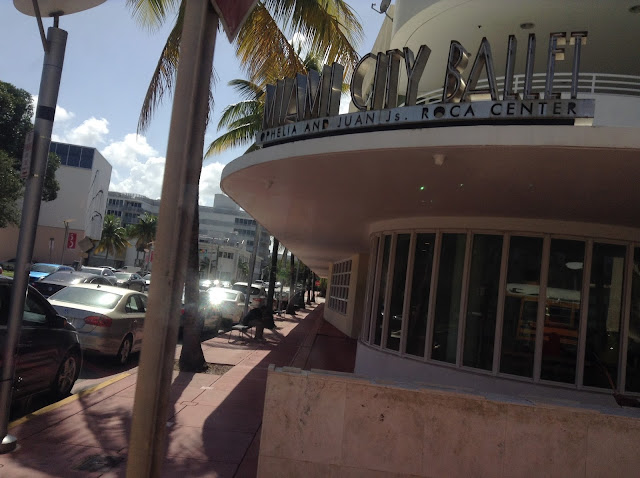 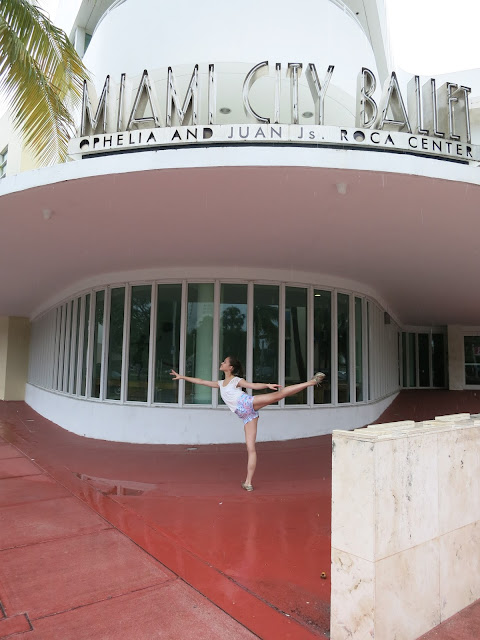 PREVIOUS POST
Craft Preppy: Felt Bow Pillow Case Cover DIY + Tutorial + Pattern
NEXT POST
Trying, Struggling, to Live on My Own (The Pros and Cons of Having a Roommate)
0 comments so far.