For those of you who are unfamiliar with the show, the owners of Georgetown Cupcake, Katherine and Sophie, create large and extravagant cupcake displays, including a cupcake dog, a glow-in-the-dark cupcake guitar, and even a cupcake wedding dress.  Their shop, Georgetown Cupcake, opened on Valentine’s Day, and from that point on Georgetown Cupcake became a Georgetown staple even before the show aired, with lines wrapping all the way around the corner and up the hill. 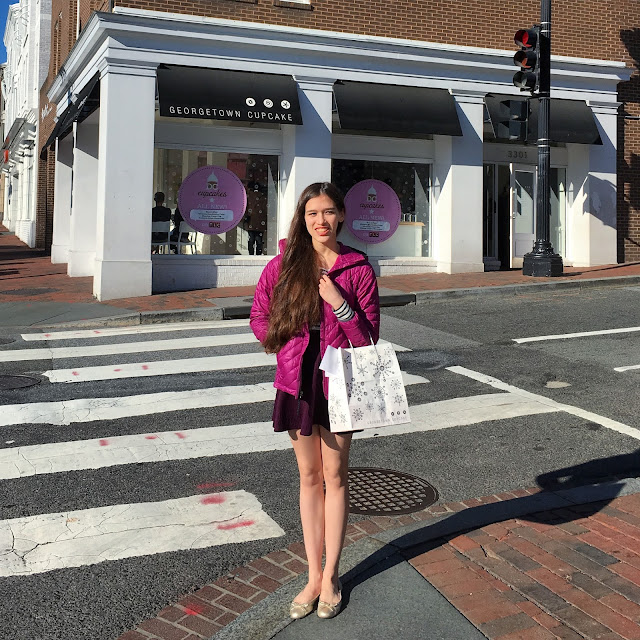 Let me tell you something: that hasn’t changed.  I happened to be in Georgetown one Saturday night {I should probably just stop there because Saturday night in Georgetown is crazy}, and of course, wanted to visit Georgetown Cupcake as I’ve been a fan of the show for years. Last time we were in DC in 2012, I actually discovered the show literally a week after we flew back home, so you can imagine my disappointment there.  Needless to say, my mom and I arrived at the shop to be greeted by a longgg line of people. We stood in the line for 15 minutes and moved exactly 2 1/2 feet, not kidding.

Never fear!  You all can learn from my mistakes, because I’m here to share the best tips and tricks to visit the beloved cupcake hotspot. 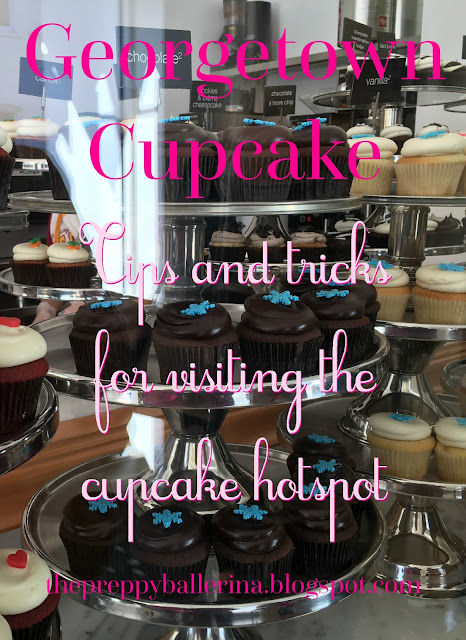 1.  Order your cupcakes in advance a day or two before you plan on being in Georgetown.
What many tourists, travelers, and even locals, don’t know is that Georgetown Cupcake actually lets you order your cupcakes online for pickup in their store for no extra fee!  Doing this allows you to do two things: a. Skip the long line you’ll be greeted by outside and b. Ensure that you get the cupcakes you want! Anyone who orders in advance is allowed to completely cut the line, and head right inside. Also, given that Georgetown Cupcake is so busy, if you head there later at night, it’s likely they could be sold out of the cupcake flavors you had your eye on. We ordered ahead and they actually messed up our order, so they completely remade it and we got a dozen cupcakes for the price of a half dozen! 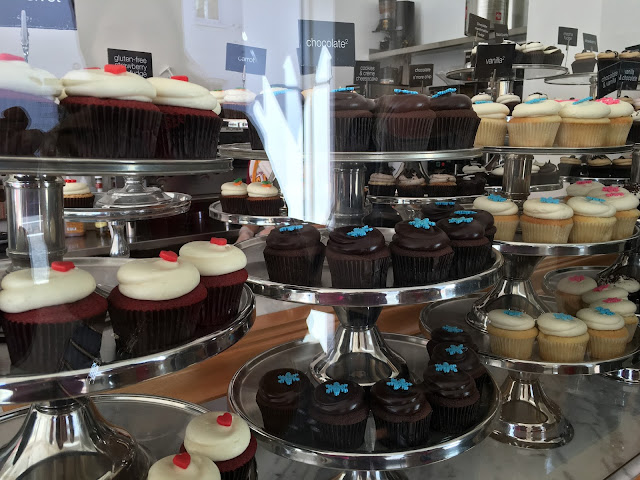 3. GO EARLY.
Yes, I realize that waking up early is one of the most difficult and worst things to do and no, I don’t like it either, but in this case, the pros outweigh the cons.  There are three reasons why going to Georgetown Cupcake right when it opens is going to help you: a. No line b. Cupcakes are at their freshest and C. FREE SECRET CUPCAKE.  The no line is pretty self explanatory, when I went to pick up my cupcake order, I went Sunday morning about a half hour after they opened.  There were maybe two couples sitting in the shop and only about five people in line, compared to the fifty Saturday night. My cousin, who grew up in the D.C. area, said several of her friends visited Georgetown Cupcake in the afternoon and found the cupcakes to be kind of dry. I can’t promise they’ll be really fresh if you go during peak hours of at the end of the night, but I can assure you that if you head there in the morning the cupcakes will be fresh and full of flavor! The free secret cupcake that I mentioned above is limited, only 100 per location, so going early ensures that you’ll be able to get your hands on one!  Trust me, these flavors are totally worth it, they’re cupcakes that aren’t on their regular menu at all, regardless of the day, month, or holiday.  When I went the flavor was chocolate dipped strawberry, which was absolutely perfect for me due to my love of both strawberries and chocolate! Going early also ensures that you can take photos in the cute little shop without it being crowded with other people, a definite plus for all you bloggers and tourists out there!

Georgetown Cupcake is so so cute, and it really doesn’t have to be difficult or stressful to go there as long as you’re smart about how you do it!

PREVIOUS POST
25 Things You May Not Know About Me
NEXT POST
Craft Preppy: Valentine’s Day Conversation Heart Hair Clip/Piece DIY
6 comments so far.