Please tell me I’m not the only one on what seems to be a never ending search for the perfect mascara. Trust me, by no means am I any sort of “makeup guru” or a self-proclaimed “makeup junkie,” but when it comes to things that have to be near my eyes, I start caring.  Even if I’m not any sort of makeup guru, I do of course have my can’t-live-withouts and a very specific list of things I look for when buying makeup. This being the case, I’ve tried more than my fair share of mascaras, and I’m here to share all my tried and trues, as well as all of my tried and hated with you!  The thing is that this isn’t even the full list, that would be wayyy too long!  I think my most recent set of tries has a little something for everyone, from drugstore to high end and sensitive skin to harsh, I’ve covered my bases! 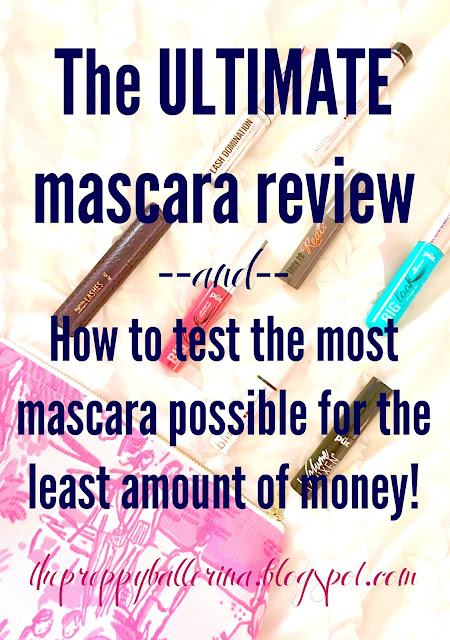 9. Covergirl Plumpify
Full disclaimer: I’ve tried Covergirl mascara once before this, and wasn’t a fan.  This mascara was sent to me through Influenster from Covergirl to try and review, so I figured I’d give it a shot.  Overall impression?  Still just not that impressed.  I think this is partially because I’m fairly picky when it comes to makeup and I didn’t specifically pick it out.  Don’t get me wrong, in a pinch, it’d probably be fine.  For me, my main problem with Covergirl in general is simply that the formulas they use are just too rough for my skin.  I’ve had issues in the past with irritation from using their products. When I first tried using Plumpify it kind of clumped my eyelashes together and also didn’t really do anything to lift them.  For some reason, it looks really good in the photos but it’s never looked like that in real life.  Also, the formula has a really weird smell.  The brush for this mascara is also fairly large which I’m really not a fan of. Again, most of my issues with this mascara simply lie in my own personal preferences, but then again, I didn’t pick it out!  I’m sure there are other people it would be better for.  🙂

8. Benefit They’re Real! Mascara
I’ve tried both the Benefit Bad Gal Lash and They’re Real!  mascaras.  They both have decent reviews however they are very different. To be honest, Bad Gal wasn’t terrible, but it wasn’t a favorite.  The brush was way to big for my liking.  They’re Real!  is a lot better in my opinion, in terms of brush and lengthening, but it still isn’t a favorite of mine.  It’s definitely not bad, but it probably won’t be one I’ll be purchasing again.

8. Smashbox Full Exposure
I don’t have a photo example of this one, but to be honest it’s at about the same level as They’re Real!, not terrible, but not completely amazing either.  Not a huge fan of the brush, but the formula is okay!  I think the main drawback on this one for me was simply that it did irritate my eyes a little bit and made them kind of dry.  I have fairly sensitive skin and eyes though so if you’re someone that doesn’t, this one may be worth a shot!

6. Maybelline Great Lash Mascara
I also don’t have a photo of this one, but this is by far the best drugstore mascara I’ve tried yet.  The best part?  It’s only $4.49!  I probably would have never picked this up out of my own interest, but I got it as part of a Christmas gift a few years ago and ended up going through the whole tube!  My main reason for placing it at 6 is simply because it did make my eyes dry and that was a little annoying.  Again, if you don’t have sensitive eyes, I would highly recommend this one!

5. Bare Minerals Lash Domination
If there’s anything I like about this one, it’s the packaging.  Okay, well that and the brush.  The formula is okay, it’s not terrible, but it isn’t the best either.  I like it because it really doesn’t irritate sensitive skin or eyes, but it’s real downfall is that after one coat your eyelashes start getting clumpy. It does do a really good job of curling eyelashes upwards though, which is why this mascara has stayed in my collection for so long! Full disclosure- I wrote this review based on the old Lash Domination, since then it has apparently been “revamped” and I have not tried that one, nor do I have any idea as to what it is like.

4. Tarte Lights Camera Lashes
I feel like I have good and bad days with this mascara.  Sometimes it makes my eyelashes look amazing, and then again, sometimes they just start looking uneven and downright weird.  Overall, good formula and little to no irritation!  This one is overall really nice and just one above the Bare Minerals, due to it going on much more smoothly!

4. Blinc
Blinc has had some buzz in the makeup world for a little while now due to the fact that Blinc’s mascara formula is so different that it actually forms tubes around your eyelashes instead of simply coating them.  Given that it’s seriously a struggle for me to apply mascara sometimes, I really wouldn’t be surprised if I have yet to apply this one correctly as it actually comes with written instructions as to how to properly apply it.  Regardless as to whether or not I’ve been applying it correctly, I can say that it does lift eyelashes better than I’ve seen any mascara do before.  It ties with Tarte’s Lights Camera Lashes due to the fact that Blinc’s formula doesn’t allow for the feathery eyelash look, and almost freezes lashes in their place. 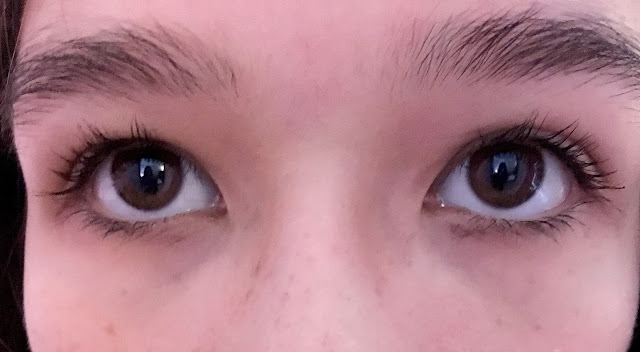 2. Pür Volume Vixen
I like this.  I like this but I don’t totally love this.  I was actually really tempted to tie this with Tarte and Blinc, if I’m being totally honest.  What pushed this just a little higher was Pür’s formula in relation to eye sensitivity and clumpiness.  The Volume Vixen is just a little more consistent to Tarte and Blinc, which is also why I would choose it if I was in a hurry and didn’t have time to spend messing around with my mascara.

1. Pür Big Look
WINNER WINNER WINNER!  I love this.  Like a lot.  Lengthening, curling, lifting, the whole nine yards.  Little to no clumps and seriously so easy to apply.  The brush isn’t my ideal brush, but honestly I still really love this mascara and the brush isn’t terrible.

“Eva I get it there’s a lot of mascaras and not all mascaras are created equal, but I don’t want to spend $100 trying mascaras out!” It’s okay, I don’t either.  I actually tested most of my mascara by buying it on Black Friday at either Ulta or Sephora.  Black Friday is when Ulta and Sephora as well as other individual cosmetic brands and department stores roll out all of their holiday gift sets, most of which are really amazing deals.  Here’s how I got some of the mascara featured in this post:

Smashbox– Included in the Smashbox Try it Kit featuring best sellers such as the Photo Finish Lid and Foundation Primers, Limitless Eyeliner, Lip Enhancing Gloss, and of course, the Full Exposure mascara featured in this post! $18

Blinc– Part of the Lash Discovery Duo which included the Blinc mascara and eyelash primer. $10

Pür- Both the Pür Volume Vixen and Big Look mascaras came in a travel size mascara trio including the two listed above and the Big Look Waterproof!  I got the trio from Ulta, however it appears as if it’s unavailable online.

Hopefully my tries, wins, and fails helped you just a little bit to narrow down the search for the one great mascara!  What did you think?  Should I do a waterproof edition?

Also, the makeup bag in the photo is from Eva Kim Designs!  It’s the newest product release and the print it’s in is Rule Breakers!  🙂

PREVIOUS POST
Why I’m Terrible at Cooking- My Cooking Fail Stories
NEXT POST
25 Things You May Not Know About Me
0 comments so far.