After spending five weeks in Boston, I couldn’t resist a quick trip up to New York. After all, Boston and New York are much closer than New York and Minneapolis. While this trip was slightly longer than the last, at two and a half days instead of 24 hours, I still feel like I’d need at least a full two weeks to begin to take in the city!  While I sadly didn’t have enough time to head over to some of my favorites from last time, I had such a good time discovering new areas! From staying right in the center of the Chelsea Flower Market, to wandering around Soho, to being completely in awe of the World Trade Center and the New York City Hall, it was a good trip. I didn’t do a ton of shopping, but I did pick up a few things!  I already did a quick mini haul on my Instagram story {@Eva_Phan} and on Snapchat (PreppyBallerina) but I *may* do an extended try on version on here or maybe in a video.  We’ll see.  For now, here’s my highlights from my second New York trip! 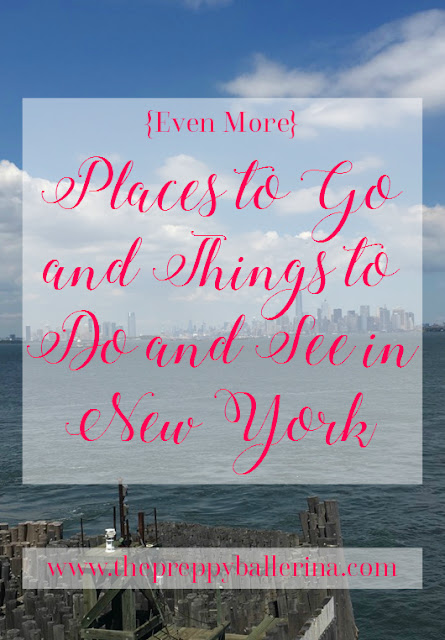 1. Vineyard Vines Grand Central Station
Yup, yup, of course I had to go to the newly opened Vineyard Vines flagship right on the outside of Grand Central. The store is definitely larger than some of the Vineyard Vines stores that I’ve been to, but I was disappointed by their lack of sizes. I recommend the store on 3rd Ave over this one, but I have to say that the Grand Central location does have some pretty cute and clever whale stickers {unfortunately they were out of them when I was there}.

2. Pommes Frites
As an avid french fry lover and self-proclaimed Instagram-holic, this small french fry place in Greenwich Village was on the top of my list, and it did not disappoint.  With double fried french fries and 28 different dipping sauces to choose from, this place is definitely worth the extra calories.

3. Ladurée
I’m always searching on a quest for the best rose macaron out there, and Ladurée {aka the Chanel of macarons} did not disappoint! I tried the rose, orange blossom, lemon, and chocolate, and just increased my macaron adoration with every bite. 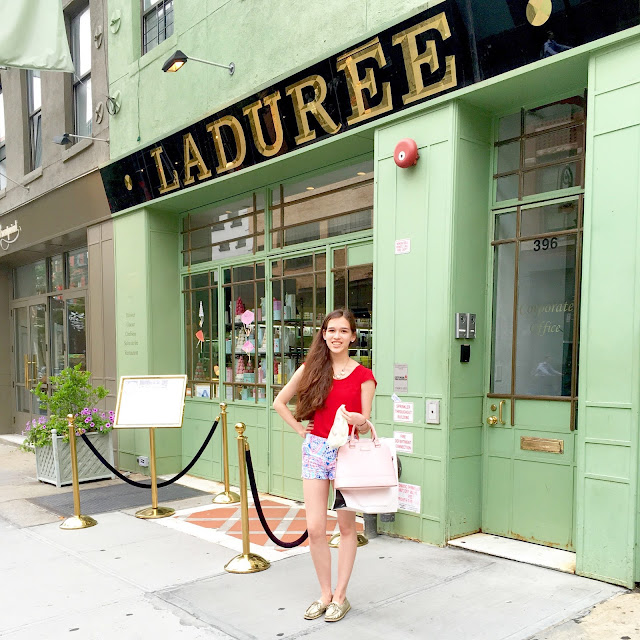 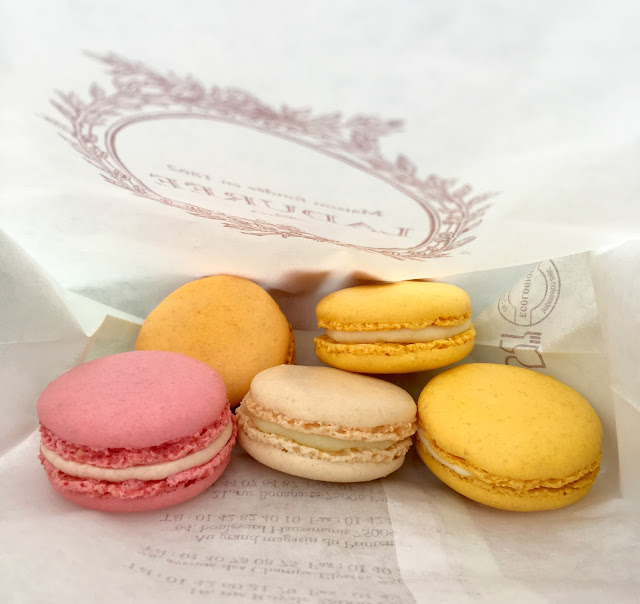 4. Staten Island Ferry
This *free* attraction at Whitehall Terminal is definitely worth the hour long round trip. I was lucky enough the go on a nice day and it offered some gorgeous views of the city and the Statue of Liberty. Pro Tip: Don’t go during rush hour, definitely go early or late, it’ll be much more enjoyable and worth the earlier or later time. 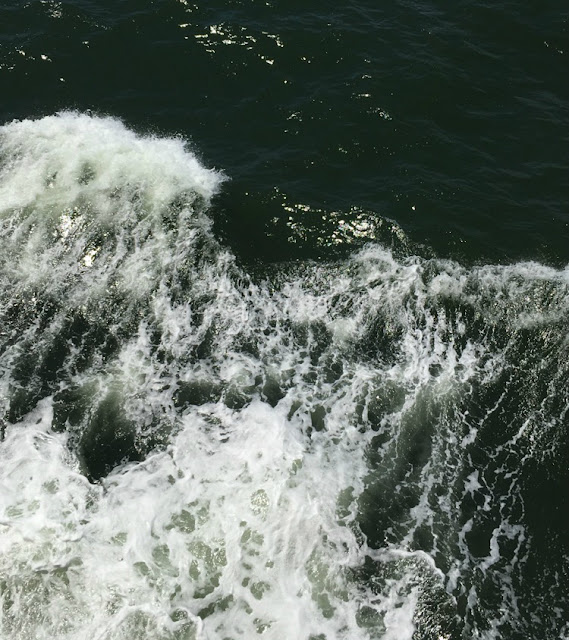 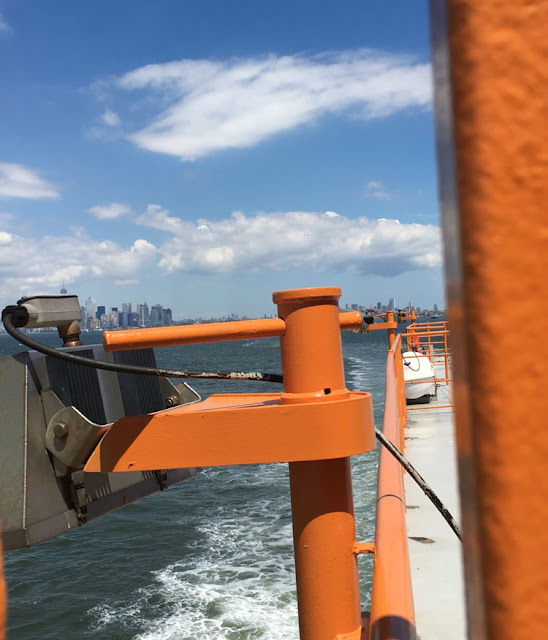 5. Chelsea Flower Market
I actually stayed at the CAMBRiA Hotel Chelsea which happens to open up right into the center of the Chelsea Flower Market on W 28th St. Those of you following my blog or my Instagram {@Eva_Phan} for any amount of time know just how much I love flowers, so this was kind of like a dream!  The flower market is open very early and starts wrapping up around 11 am or noon, so to get the peak hours I would recommend getting over there around 7 am {yes, yes I actually managed to pull myself up and out of bed that early and yes, yes I managed to do it on vacation of all times *insert shocked gasp here*}. The flower market had so many gorgeous blooms, and I must admit that it’s pretty fun seeing some giant jungle-esque plants in the middle of the sidewalk in New York {the literal concrete jungle, get it?*}. The only downside is that the flower market is mostly wholesale, but at the same time it’s probably all for the best as bouquets don’t exactly fair well on an airplane, or in my luggage for that matter. 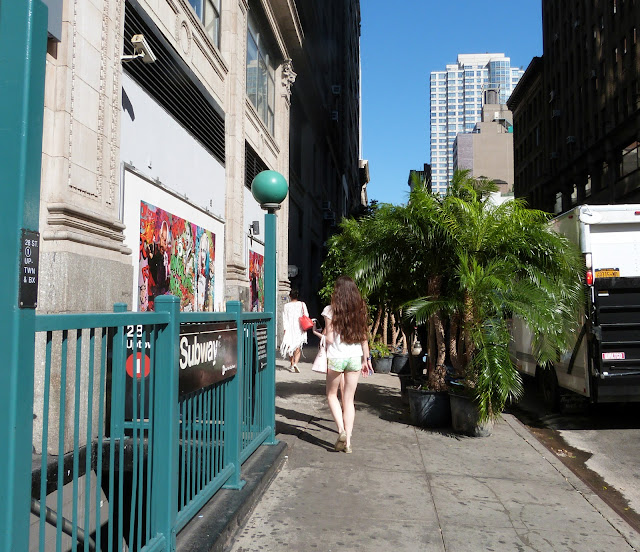 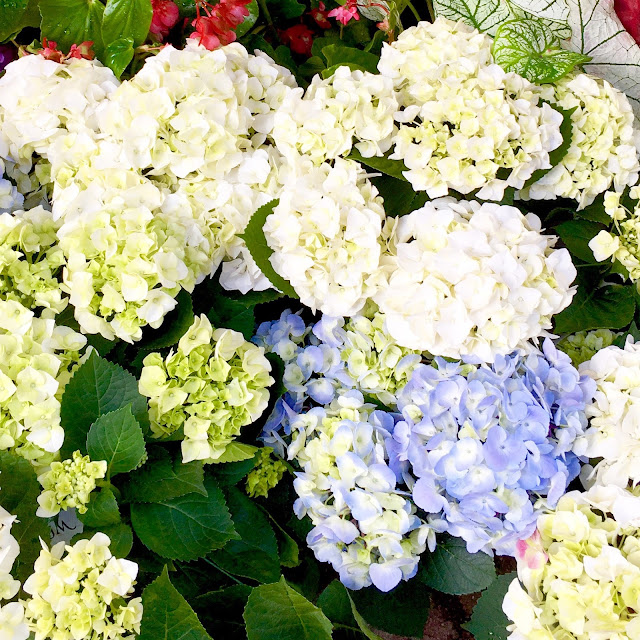 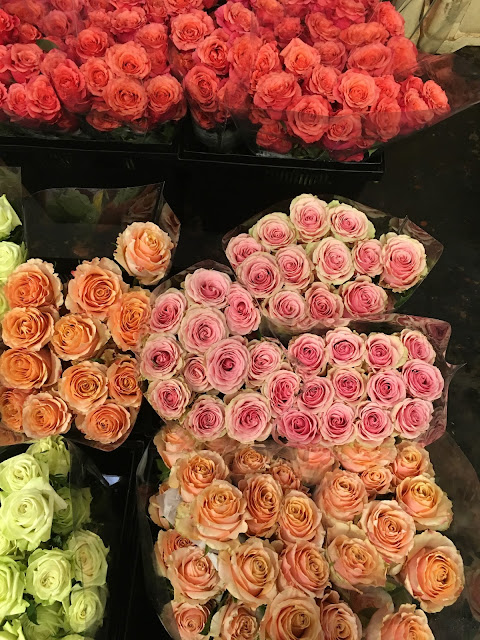 6. The Garment District
Yes, I did briefly run around the Garment District last time I was in New York, but it is 100% my happy place. If I could spend and entire day there, I probably would. Being surrounded by so many gorgeous textiles was my own version of a paradise, and coming back home to large chain craft suppliers actually made me pretty sad.  I walked off with fabric for projects I haven’t even dreamt up yet, however here I am back at home and I’m already ordering more.  Tip: Although Mood may be iconic due to its presence on Project Runway, and it admittedly does have some gorgeous fabric {um, fuschia silk georgette, anyone?}, part of the fun in the Garment District is how many tiny, overcrowded, smaller fabric stores there are!  Finding unique fabric becomes something of a scavenger hunt and it makes finding the perfect bolt just that much more satisfying.

7. The High Line
I’ve been wanting to visit the High Line ever since I heard about it just because I love the concept of turning an old bridge into something beautiful. While walking around the High Line was fun, it is A. Long {we walked for over an hour and barely covered half!} and B. Not necessarily something I would seek out to do unless I was in the city for a decent amount of time. While I did go seek out the High Line, it’s definitely something that I think would make a little more sense to incorporate with something else. For example, if it was near the path you would’ve taken to go somewhere else, it’s a fun addition. Otherwise, it kind of felt like we were just doing more walking in a city where you walk everywhere anyways. Honestly, I’m probably in the minority and am just speaking as someone who is used to an extensive system of trails right next to their house, but the High Line to me just isn’t a final destination type of place. Not to say that it isn’t worth venturing to, as it is a fun concept and a gorgeous green space in an otherwise mostly concrete city. 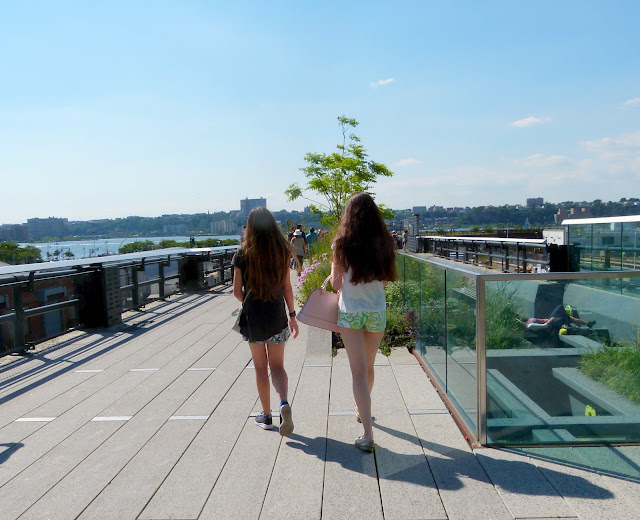 8. Momofuku Milk Bar
A huge shoutout to my darling friend Sophia for this recommendation!  I would have never ever discovered, much less gone into, this place without her recommendation, but it is honestly one of the best things I ate in New York. “Eva, Eva, what is this milk bar place you’re talking about?!” Soft serve. Straight up soft serve. Cereal Milk or Fruity Cereal Milk, you choose. “Wait, you’re telling me to go to a place in New York for soft serve? Soft serve?!  Like the stuff you can get from DQ or McDonald’s?” Yes, yes I am. This isn’t your typical soft serve. I’d go so far as to say it’s almost a soft serve and ice cream hybrid. It’s creamy and so so good. I opted for the fruity cereal milk, which tasted very similar to Froot Loops. While that may sound unappealing to some, it was one of the most creative and delicious ice cream flavors I’ve ever had as they nailed the flavor completely. If you’re really not on board with the fruity cereal milk, they do have a normal cereal milk as well. Bottom line: This ice cream is amazing and worth the high soft serve price tag. 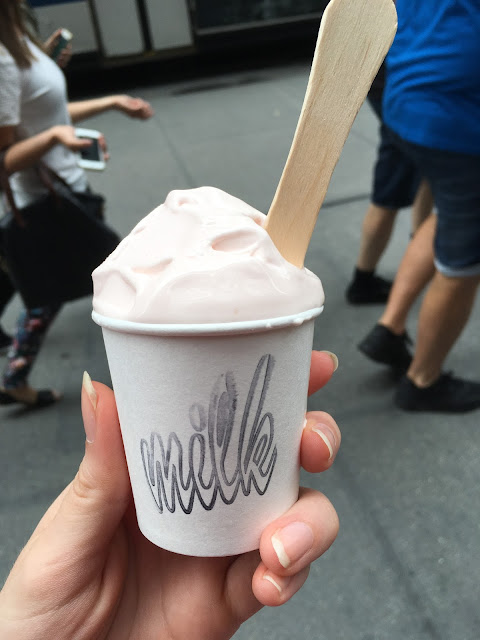