With the colder month brings a new round of favorites, so here’s what I’ve been watching, eating, and using the most!

1. DRINK: Caribou/Starbucks Chai Tea Latte with Soy
Somehow Caribou managed to beat out my usual favorite, Starbucks, on this warm cinnamon-y drink, but that’s not to say that both aren’t good!  I was sick for over a week in September, constantly losing my voice, so I definitely drank quite a few of these in semi-successful attempts to get it back.

2. WATCH: New Girl Season 5
As the huge New Girl lover that I am, I keep up with New Girl weekly. When Season 5 aired originally last winter-spring, it definitely became clear that it was one of the best seasons yet, and I couldn’t wait to rewatch it when it came to Netflix. Well friends, that time has come, and since New Girl came to Netflix at the beginning of September, I’ve rewatched Season 5 again, and again, and again. Season 6 premiered three weeks ago and this season looks just as promising as the last.

3. WEAR: Lilly Pulitzer Riley Loop Infinity Scarf in Flamingo Pink Southern Charm
My Lilly Pulitzer After Party Sale purchase finally came {haul coming soon!} and I’ve been absolutely obsessed with how well this gorgeous scarf pairs with so many different things. I was a little skeptical about purchasing this, it’s definitely not as soft as the usual Murfee Scarves or Lilly Printed Scarves, but it’s definitely not as rough as some of the reviewers made it out to be.

4. WEAR: Knee High Fuzzy Socks
I really wouldn’t be surprised if these socks make it onto every monthly favorites recap I do from now until April. These are honestly one of the best things I have ever spent money on, and when they
re so easy to find {at Target!} it’s difficult not to buy every color!  I can’t seem to find them on the Target website, but they should be coming into stores in the coming months.

5. WEAR: Sperry Stella Prow Bootie
These have become my go-to fall bootie. They’re so versatile and the brown matches almost anything. Tip: Take out the leather laces and re-lace your shoes with ribbon to match your outfit! 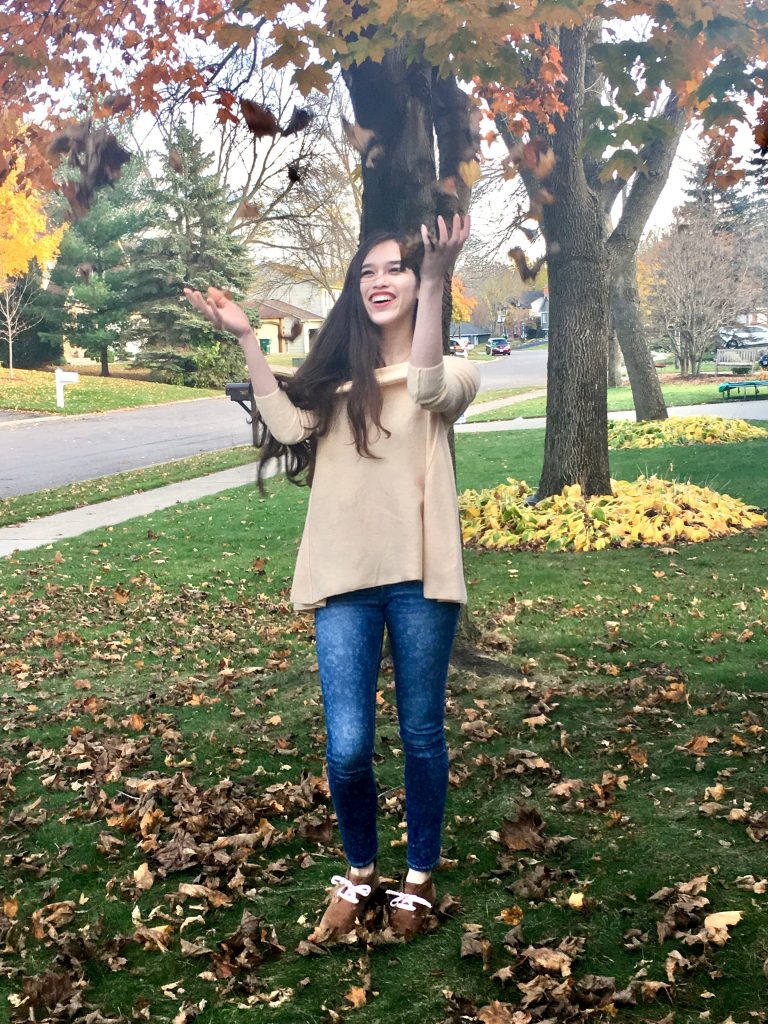 Is there anything that’s been getting you guys in the fall mood?  Leave it in the comments below!