It’s been said once, it’s been said a million times by every blogger that has the opportunity to attend New York Fashion Week. I haven’t been able to say it, until now: getting invited to NYFW was a dream come true.

When I first started blogging four years ago, I had no idea that bloggers could make any money off of blogging, or that I could have the opportunity to work with companies or photographers, or what SEO optimization and engagement even was, I certainly didn’t consider getting invited to events like NYFW were even in the realm of possibility. I was just a girl who genuinely just wanted to talk fashion, and I figured that whoever would read it would read it.

I thought that 1,000 page views would be a lot in four years, I didn’t think it was possible for that to happen in an hour.

Yet, here I am, and naturally all of the above things were really exciting moment for me, until I received my first NYFW invitation and I really kind of freaked out.

I’m an aspiring designer, getting invited to NYFW was a childhood dream.

This isn’t why you’re reading this post. I’ll move on to the actual subject now, promise. 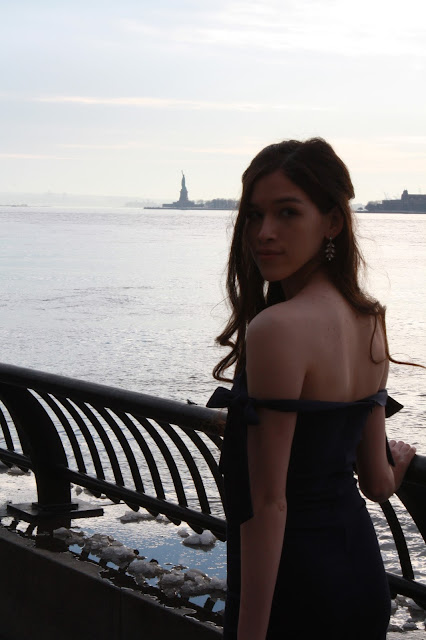 The weather in New York this past week was well, absolutely dreadful. Example A: My flight{s} from Miami to New York was cancelled six times. SIX. That was just one way.

Naturally, after leaving Minnesota for Miami a few days before I had to be in New York, I checked the weather and saw that it was going to range from 30-50 degrees, NOT that there was going to be an actual winter storm. So of course, all I packed was ballet flats and stilettos. Was it cold? Yes. Did I do it anyway in the name of fashion? Obviously.

What I wore for my first day of shows {which was really supposed to be my second but you know, thanks American Airlines} was probably my favorite outfit of everything I wore. 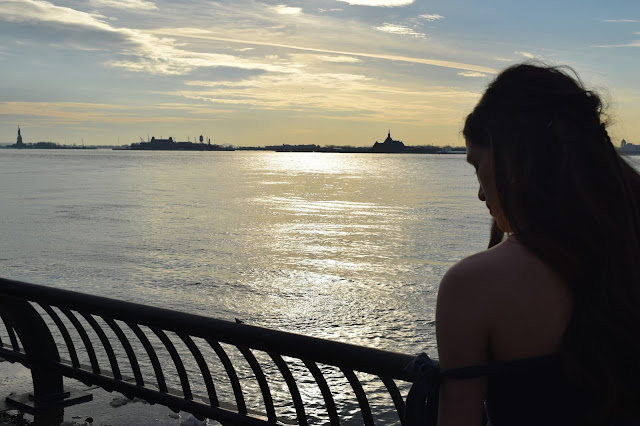 I’ve never really done really touristy things while I’m in New York because I’m usually there for business, but I did finally get to see Ellis Island across the water. 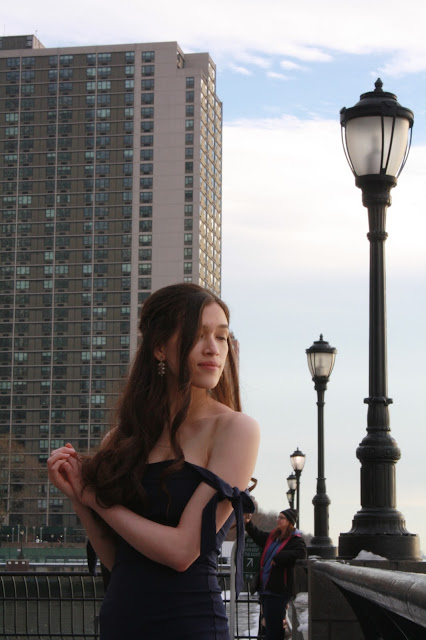 I’m absolutely obsessed with the bow detail on the off the sleeve. It’s unfortunate because this dress comes in so many different colors and now I want them all. 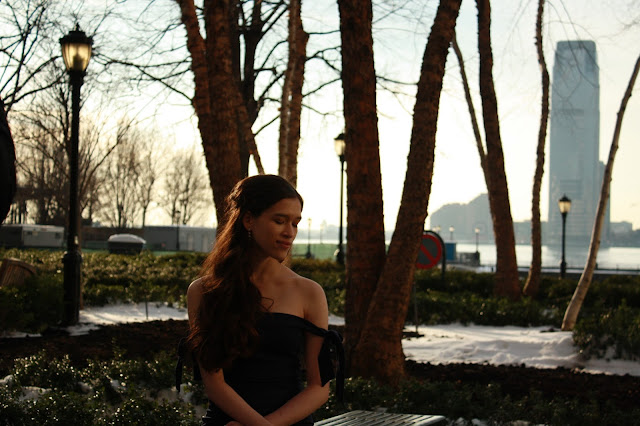 Thanks New York for an amazing week, here’s to next season being even better.
Love and Stay Preppy,
Eva
All of the photography in this post was done by Malik Capani and Noah Powers. They’re fantastic. Click their names to see their feeds!