I love to travel. I travel a lot and I have a long list of places I absolutely want to travel to. Of those places, never in a million years did I think Iceland {much less Reykjavik} would make the list. It’s not that I had anything against Iceland, I heard that Iceland was gorgeous from some of my friends, but it never really struck me as an actual travel destination.

Thanks to some reasonably priced airfare from IcelandAir {my new favorite airline} from MSP to London that included a 10 hour layover in Iceland, I found myself in Iceland for the first time. 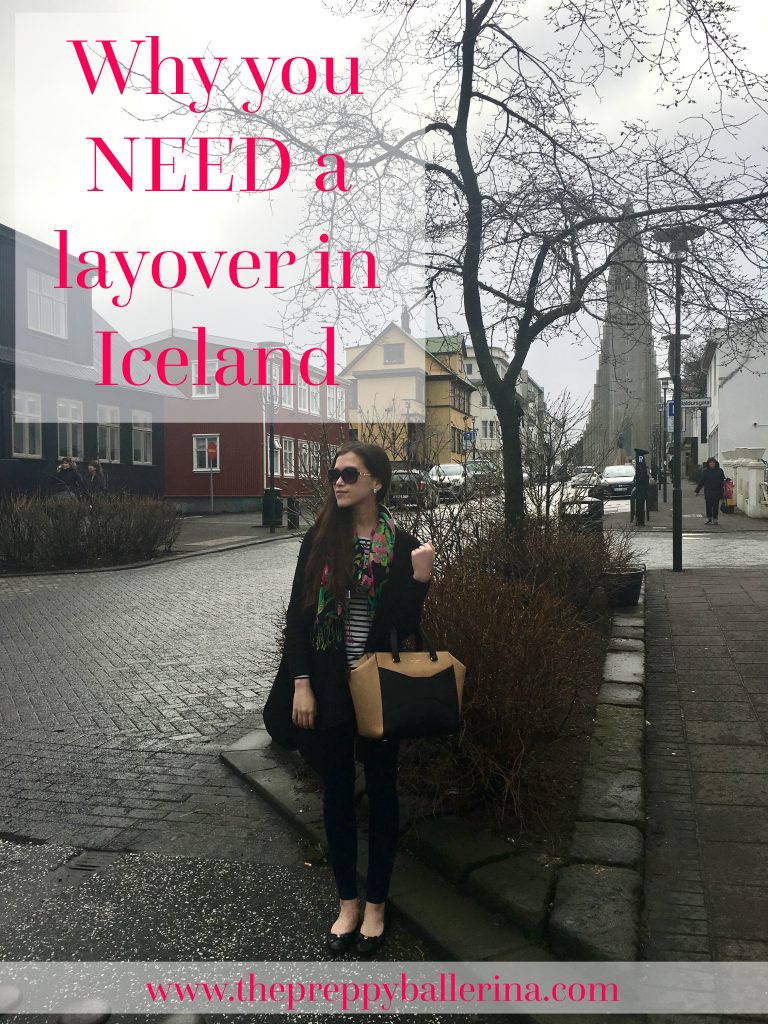 Faced with the dilemma of going to the Blue Lagoon {more on that later}, or heading into downtown Reykjavík, I decided that I needed to get acquainted with the city, and headed into Reykjavík.

Before you ask, Uber doesn’t exist in Iceland. The best way to get from the airport to any major spot in Iceland is by bus. The two most popular services are the Gray Line and Fly Bus, both of which offer approximately the same pricing.

After being dropped off and talking to a few locals about where to find a good breakfast, we headed to the Laundromat Café. The Laundromat was actually founded in Denmark, and has three locations there, however also has one in Iceland. It’s absolutely adorable and perfectly quirky, plus serves a good breakfast {+ dark hot chocolate}. 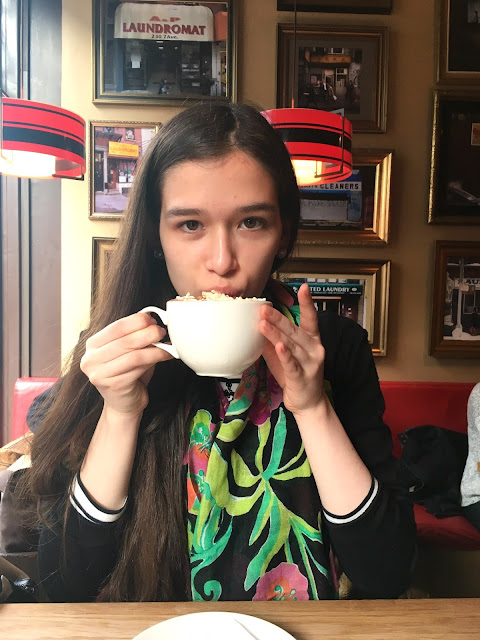 After the Laundromat, we started walking around the streets of Reykjavík. There are a ton of small shops, many of which sell the same or very similar items, however there are also some really cool buildings. 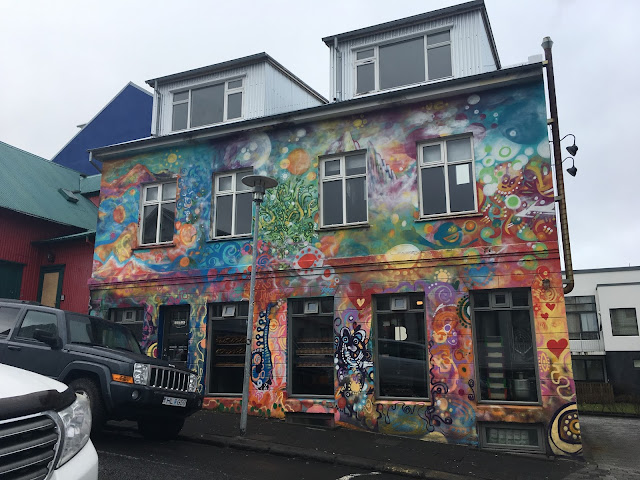 {That’s a bakery!!}
Reykjavík is also on the coast, meaning you can see some pretty views of the ocean from the streets of the city! 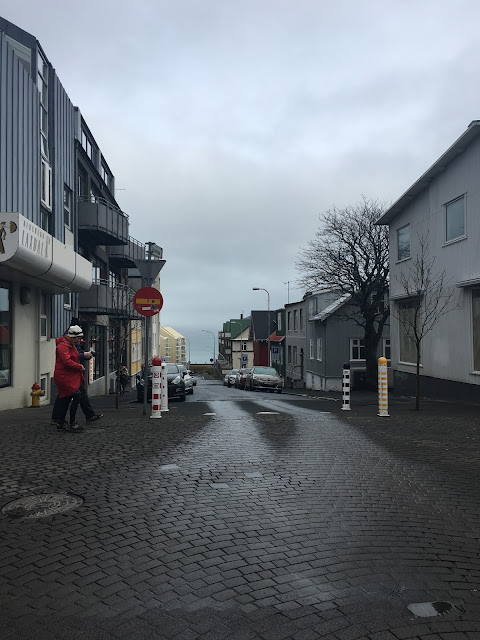 One of the most popular attractions in the city is Hallgrimskírkja, a church, and also one of the tallest points in Iceland. I wasn’t really sure if I actually wanted to go see it, but I’m glad I did. It’s absolutely awe-worthy in person, and unlike any other structure I’ve ever seen. 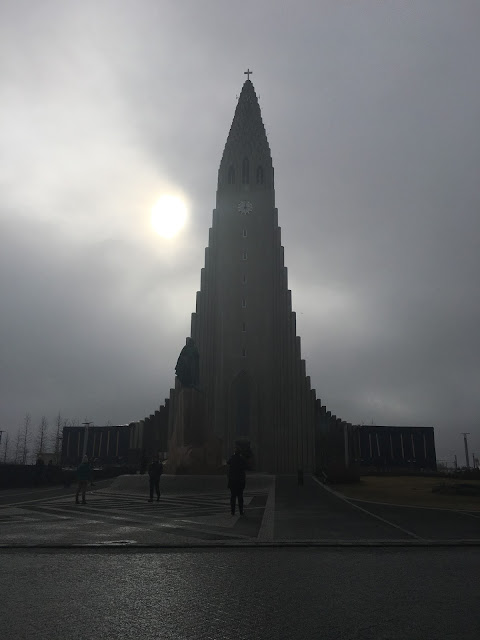 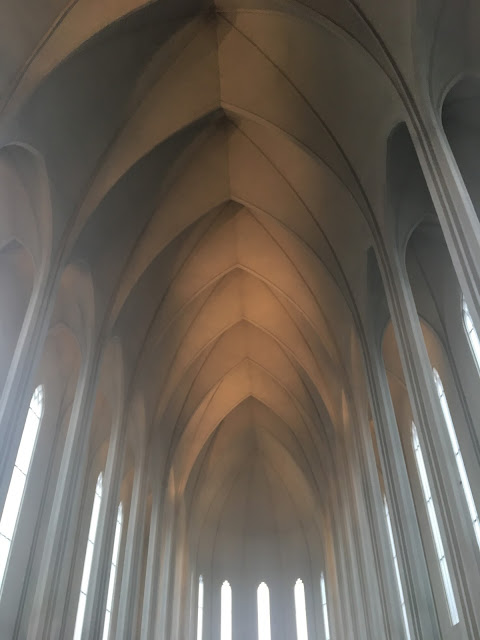 Onto the Blue Lagoon:
I chose not to go to the Blue Lagoon this time, but next time it will for sure be on my list!  The Blue Lagoon is a geothermal spa in Iceland. The bus services offer trips directly to the spa, which I believe are about 40 minutes each way. The mid range price of a day there is the “Comfort” package, which offers admission to the spa, their silica mud mask, the use of a towel, a drink, and their algae mask, for 7400 ISK {currently a little over $66 USD}. They do have packages both lower and higher than the Comfort package, however for a layover, I wouldn’t recommend doing anything under Comfort, because you will be missing the use of a towel and will have to purchase a drink separately. In many reviews, the Blue Lagoon is more popular and enjoyed than actually going into Reykjavík, definitely making it worth checking out!

Here’s what you need to know about layovers in Reykjavík:
-From Keflavik Airport to Reykjavík City, it’s approximately 40 minutes on the bus each way.

-When I checked into IcelandAir in Minneapolis, the agent stated I could use the same ticket for both flights. This is not true if you plan on leaving the airport. Due to the way Keflavik has their airport security set up, you have to scan your boarding pass to get into the security area, and if the ticket wasn’t created in their format, it won’t scan properly. Add in at least 10 minutes to print your new boarding pass at one of their airport kiosks.

-Security at Keflavik is much smoother than any airport security I’ve seen in the U.S. They have people assisting everyone to find where they need to go and tell them how to arrange their items in the bins, which leads to a shorter wait time. Their scanners are more sensitive than any I’ve seen in the U.S., I had a hand sanitizer I forgot about in a bag that I didn’t take out and it raised a red flag for them immediately! I’ve done that before in the States and have yet to have that happen.

-It is really important that you get to your gate within the suggested time frame. A lot of gates don’t have bridges from the gate to the plane, and you have to load a bus that takes you to where your plane in parked, typically five or so minutes away from the gate.

-Iceland is expensive, but it isn’t unjustified. Think about it: not much can grow there, so nearly everything has to be imported into the country, thus raising prices. Keep this in mind when budgeting for your trip!

-After all was said and done, from the time we got off the plane, went through border patrol, booked our bus tickets, took the bus into the city, and from the time we had to get back on the bus, reprint our boarding passes, go through security, and had a bite to eat before having to board the plane again, we only had four to four and a half hours actually in the city. It ended up being the perfect amount of time, however remember that the 10 hour layover you see when booking your flight won’t actually be close to 10 hours!

-IcelandAir offers a “stopover” option when booking with them. This means that if you do want to stay a couple days in Iceland, you can do so for up to seven days with no additional airfare cost.

Although a 10 hour layover to me originally sounded horrible, I know that next time I have a flight going through Iceland, I’ll be picking the flight that has a 10 hour+ layover so I’m able to experience more of this interesting country!