If I had a nickel for every time I saw one of Black Tap Burgers and Beer’s extravagantly over-the-top milkshakes on Instagram, I’d probably be able to buy another one of these.

Colorful, candylicious, and filled with enough sugar to make you run in circles for hours, these milkshakes are a Instagram foodie’s dream.

I discovered these milkshakes well before I moved to New York, yet I didn’t get around to actually giving them a shot before my lovely friend Annie of Annie Wears It and her husband, Robin, came to the city after I moved here for Fashion Week. 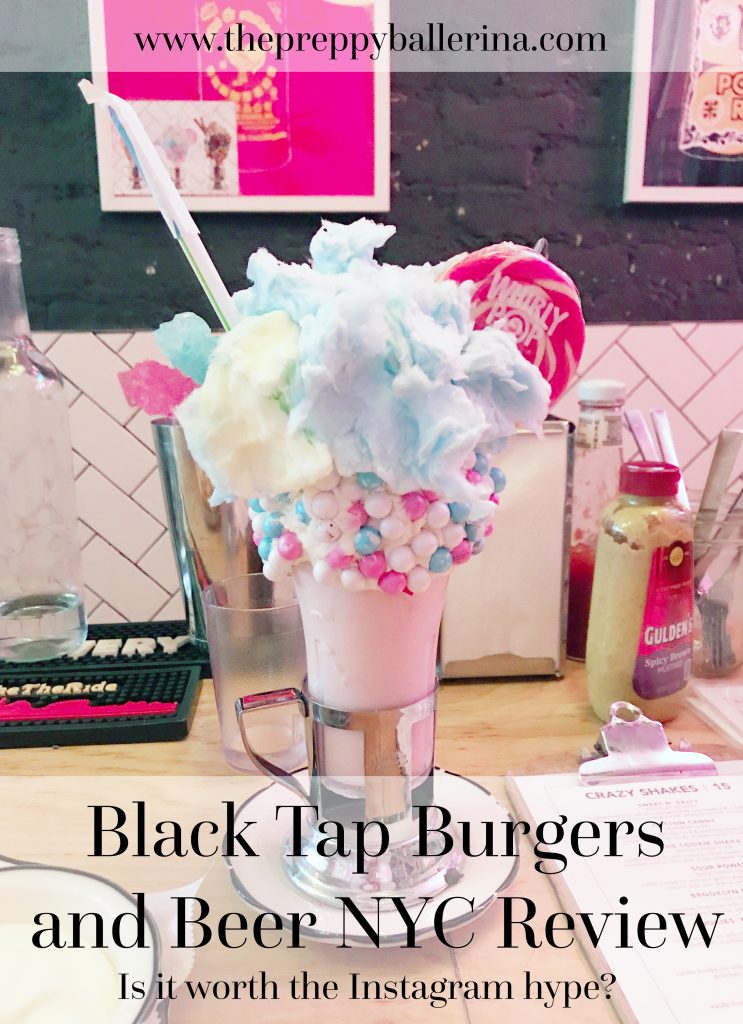 We went relatively late at night, meaning that the main restaurant had closed and only the upstairs bar was still open, which ended up being one of the best parts of the night.

The bartender was absolutely hilarious. Sassy, sarcastic, absolutely straightforward, and definitely unafraid to speak her mind, she made all three of us laugh when poking fun of Annie for calling out “This is all so Instagrammable!” If we ended up in the restaurant, we would’ve never been able to have such a fun running commentary!

I ordered the Falafel Burger, which was a surprise and delight to see on the menu. While I like falafel, I’ve never heard of nor would I have ever thought to make a falafel burger. I’m a vegetarian, but I refuse to eat veggie burgers because I have a personal vendetta against vegetables trying to be meat {I just don’t think it ever tastes good}, so the falafel burger seemed like the perfect alternative, which it was! 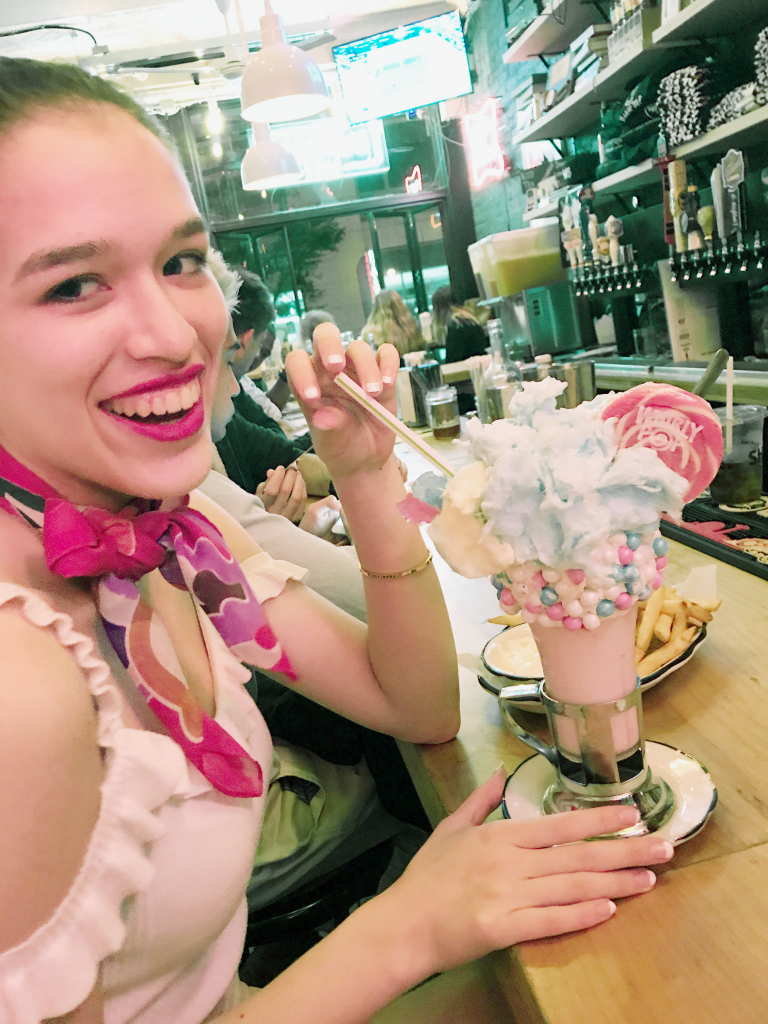 So here’s the thing about the Black Tap milkshakes, they’re cute, and fun, and definitely a very fun New York things, but they’re also $15. While the shake is so good and again, SO Instagrammable, the reality is that like the shake in the photo is whipped cream. The milkshakes at Black Tap are really fun, and if it’s your first time or you’re a tourist, or you have a friend visiting NYC, it’s such a fun place to go, but if you live in the city I probably wouldn’t make this a regular place. There’s much better milkshakes in the city for lower price tags.

The Bottom Line: Black Tap is a fun place that is definitely worth going to {if not for the food, for the Insta}! At $14 the Falafel Burger was 110% worth the price {did I mention that all their burgers come with fries, and that their fries are absolutely fantastic?}, but the shakes, while cute, aren’t really worth the $15 price tag enough to make this a regular spot.

Have a favorite milkshake place in NYC? Let me know below and I’ll go check it out!