Anyone who has a business account on Instagram knows that if there’s one thing Instagram is always trying to push, it’s business accounts buying their promotions. It seems as if the word “promote” shows up more times on my Instagram than any posts ever actually do. Facebook bought Instagram back in 2012, so it really comes at no surprise that promotions are pushed so heavily on Instagram, given that Facebook has been allowing Facebook Pages to promote posts for years. In the past, Facebook has given me free $10 credits here and there to promote my Eva Darling page posts on Facebook. Surprisingly, Facebook promotions were highly effective in driving viewers to my Facebook page and my blog. 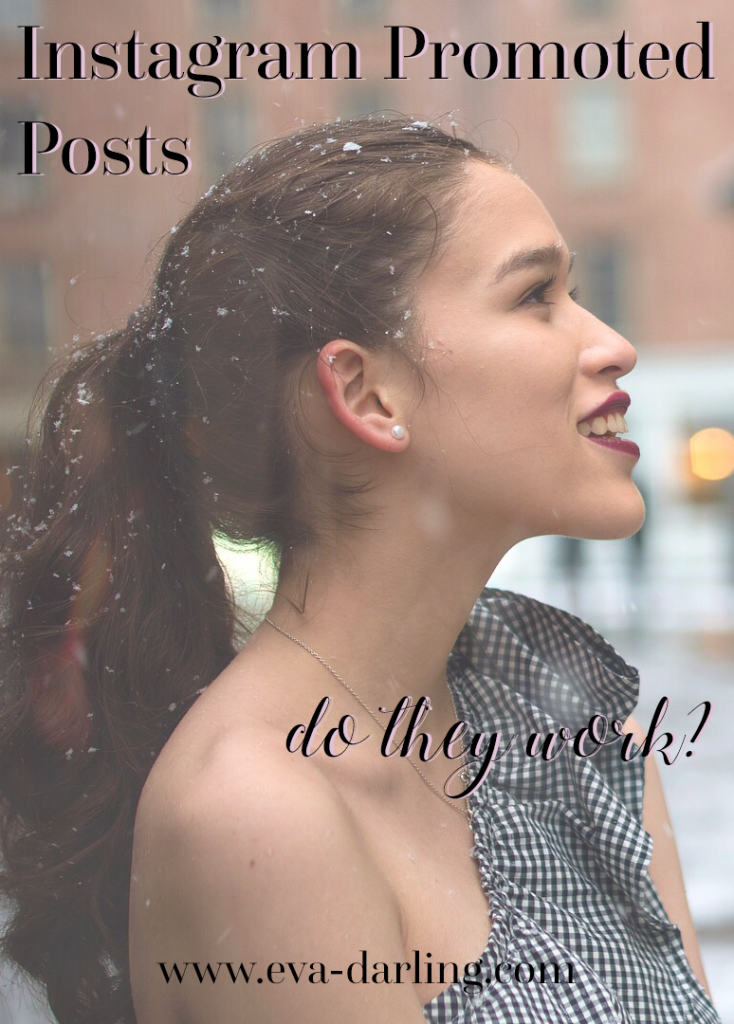 For reference, the couple times I promoted posts with Facebook, I received anywhere from 50-75 additional likes on the post, as well as several more page likes and views. I started the 48 hour promotion a few hours before the 24 hour promotion, however seven hours into the 24 hour, it seemed as if that post was performing better. 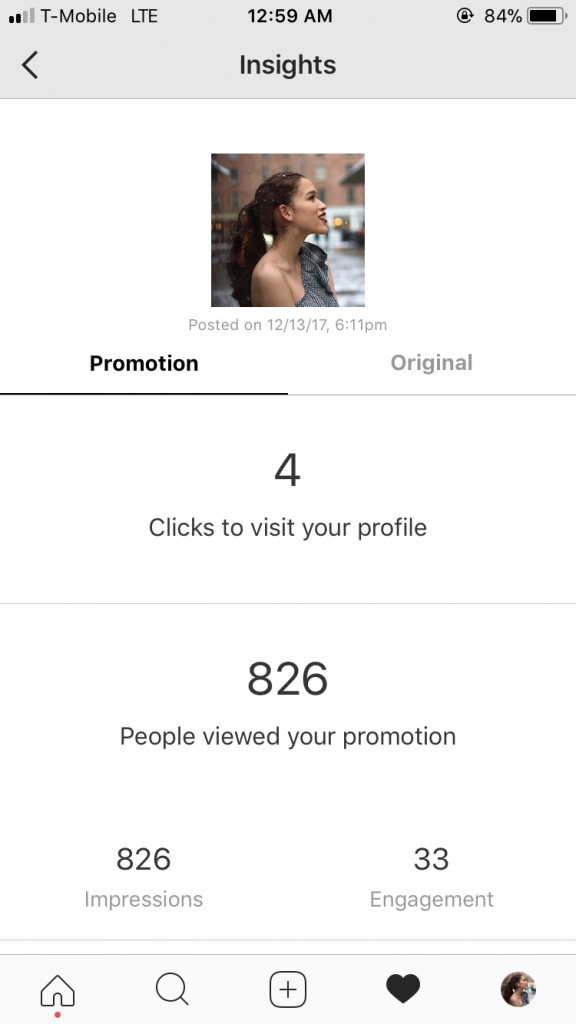 As you can see, while the 48 hour post {left} had more views and more engagement, it had also been running a few hours longer than the 24 hour post {right}. The 24 hour post had more profile visits, which to me, is really what matters, as the purpose of using an Instagram promoted post for me was to be discovered by a new audience. When you’re creating a promotion, Instagram actually gives you the option to have your post shown to users typically within your target audience, which is what I did. 33 engagement / 826 promotion views = an engagement rate of right around 3.99%. On the other hand, 16 engagement / 332 promotion views = an engagement rate of 4.82%. 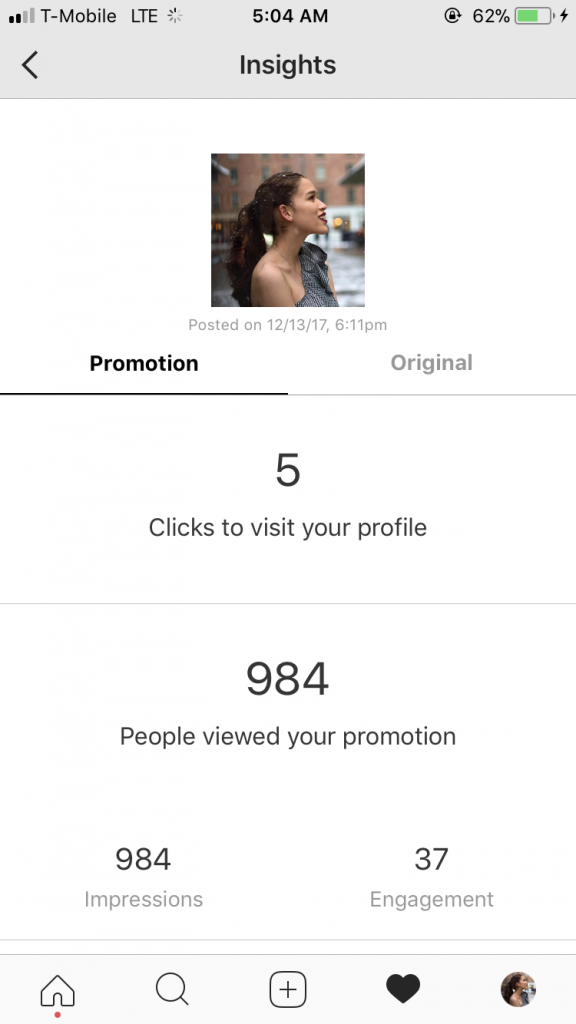 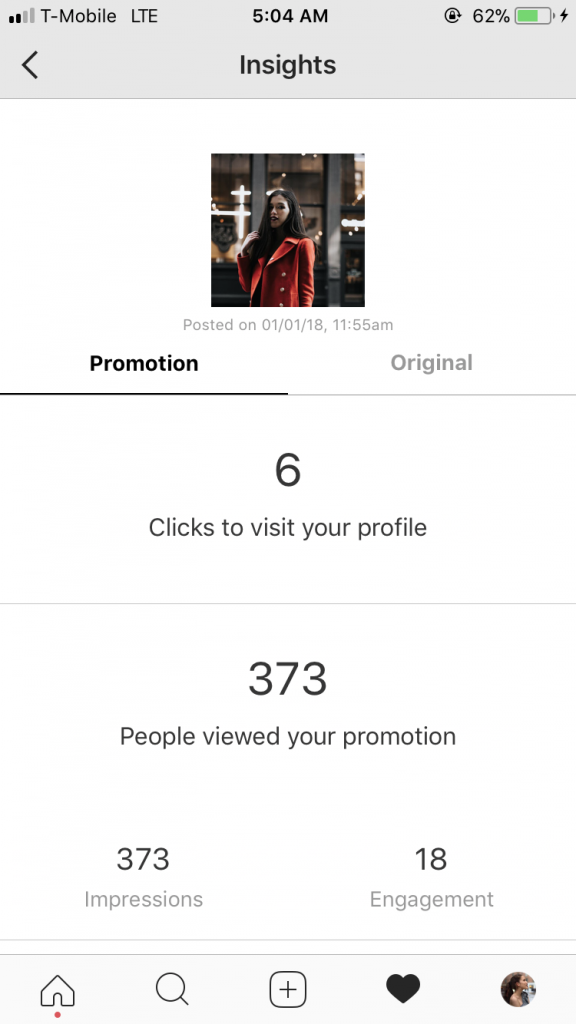 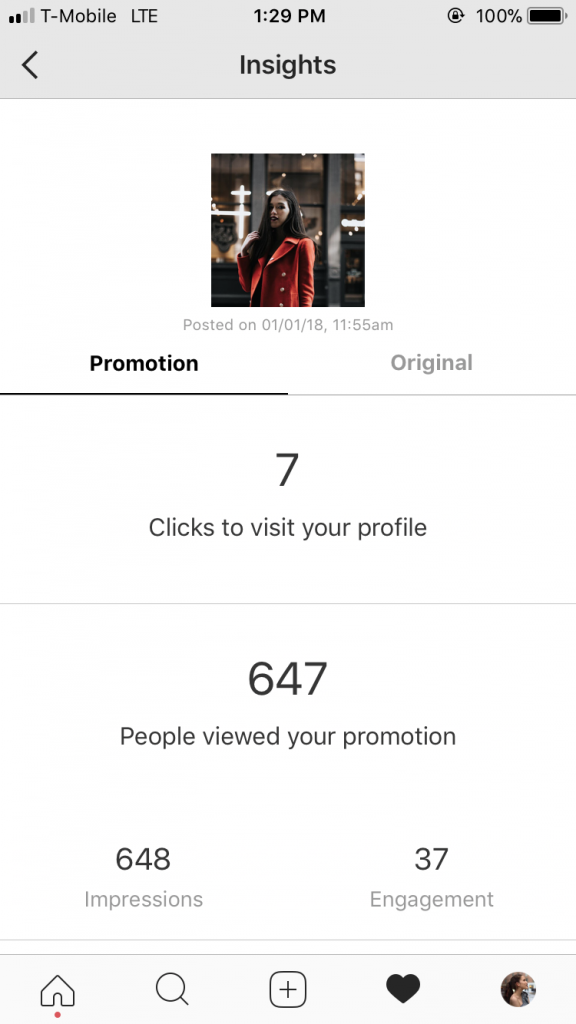 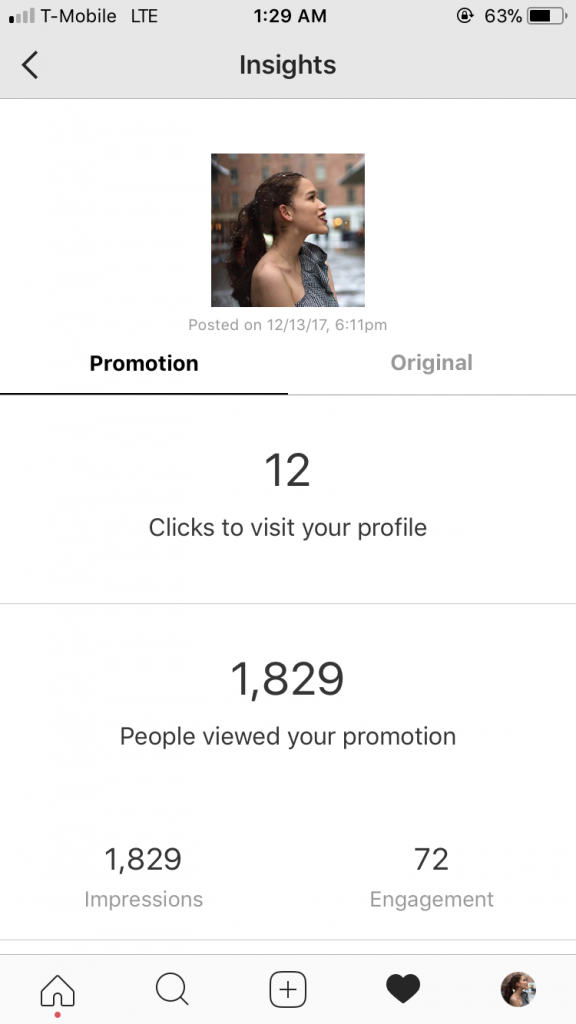 These are the end results: 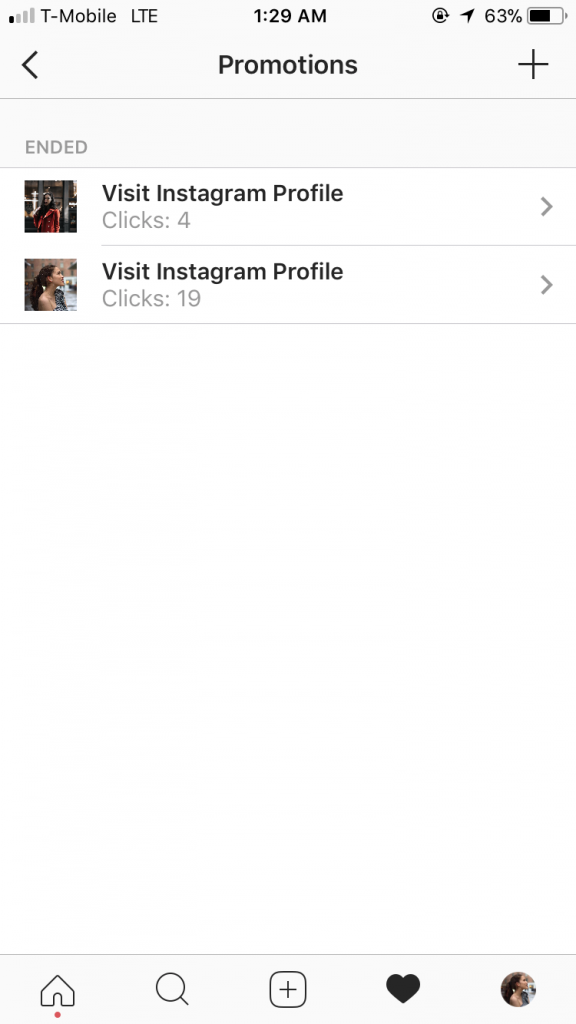 Overall, I’m a little disappointed with the results of my Instagram promotions. Maybe it’s just the difference between the typical Instagram user and the typical Facebook user, but I feel as if Facebook promotions do a better job overall of bringing new people to your actual page. On Instagram I think it’s more typical to follow accounts that you don’t personally know, making it easier to just like a picture and keep scrolling without a second thought about it. I know I’m guilty of mindlessly scrolling through Instagram when bored! Facebook, however, I think more people know their friends, so when something new pops into their feed, it’s more obvious. Another thing to note is that Instagram does show your promotions to people who follow you, so their views and engagement are included in these numbers. One of my good friends actually texted me after seeing one of my promotions on her feed. It makes me question the effectiveness of Instagram promotions in reaching a new audience.

The bottom line: While trying Instagram promotions was interesting, they unfortunately just didn’t work well enough for me. For a similar amount of money, I think there’s more effective ways to reach new audiences.

Currently in My Closet