NYC is a plethora of fantastic restaurants, bakeries, cafés, and patisseries to the point that it’s well, a little overwhelming at times. Being an unofficial foodie and self-proclaimed dessert connoisseur, I’ve found myself running all over the city, trying out every new hotspot of a bakery or patisserie that reaches my ears! After investing so much time into finding the best of the best sweet things NYC has to offer, I’m here to share them with you {because New York City has so much to offer, that time spent scrolling through Yelp on the sidewalk trying to find somewhere to eat just isn’t time well spent if you could be strolling through SoHo or some new indie art gallery in Chelsea, if we’re being honest here}.

Note: For this article I’m excluding all chains that didn’t originate in NYC. I’d be lying if I said that I didn’t adore Ladurée, love Sprinkles, and wouldn’t live at Pinkberry if I could, but there’s so many amazing dessert spots that started in New York and should definitely be tried if you’re visiting {but also, if you haven’t tried Ladurée, Sprinkles, or Pinkberry, GO. Rose macaron at Ladurée, peanut butter chocolate {or chocolate raspberry in February} cupcake at Sprinkles, and the mango frozen yogurt at Pinkberry are my recommendations. 🙂

Locations: There are nine of them in NYC which is way too many to list out here, to see the full list of locations, click here

I’ve spoken about Milk Bar once already in my NYC travel guide here, but you know it had to make this list too! Milk Bar opened in 2008 by chef and founder Christina Tosi, and has since been known for their “Compost Cookies,” “Crack Pie,” “Birthday Cake,” and my personal favorite, their cereal milk soft serve. While I like the cereal milk soft serve, I love the seasonal fruity milk soft serve, which happens to taste exactly like Froot Loops {eight year old me is shaking in her Limited Too gauchos}. The soft serve melts fairly quickly and the very first time I visited was on a hot day in August, thus causing the meltiness shown in the photo below. For the price and the amount of soft serve, it may seem just a little pricey, but it’s 100% worth it and feels like the perfect amount of ice cream when you’re done. Promise.

A moment of appreciation for the genius that is Dominique Ansel. 🙌🏻 Dominique Ansel is hands down THE best bakery in NYC {try fighting me on this, I dare you}. I’ll be the first to admit that many of the hyped up places in NYC aren’t really as good as the talk around them, but Dominique Ansel is truly no disappointment. Dominique Ansel is known for inventing the cronut, however his bakery also features other mouthwatering desserts and one of the best grilled cheese sandwiches in the city {this coming from a true grilled cheese afficionado}. The cronut sells out really quickly, so if you’re trying to get your hands on one of these creations {which, by the way, you definitely should}, be sure to get to the bakery as early as possible! I recommend going on weekdays when more people are at work and there are overall less tourists around. There’s only one cronut flavor monthly, but trust me, I have yet to be let down by a flavor. Lychee Rose Jam with Pistachio Ganache from February 2017 in New York and Mandarin Jam with Valrhona Jivara Milk Chocolate Ganache from April 2017 in London are my favorite two flavors to date. Yes, the monthly cronut flavor does vary by location! If there’s one place on this list to go to in NYC, Dominique Ansel is it! 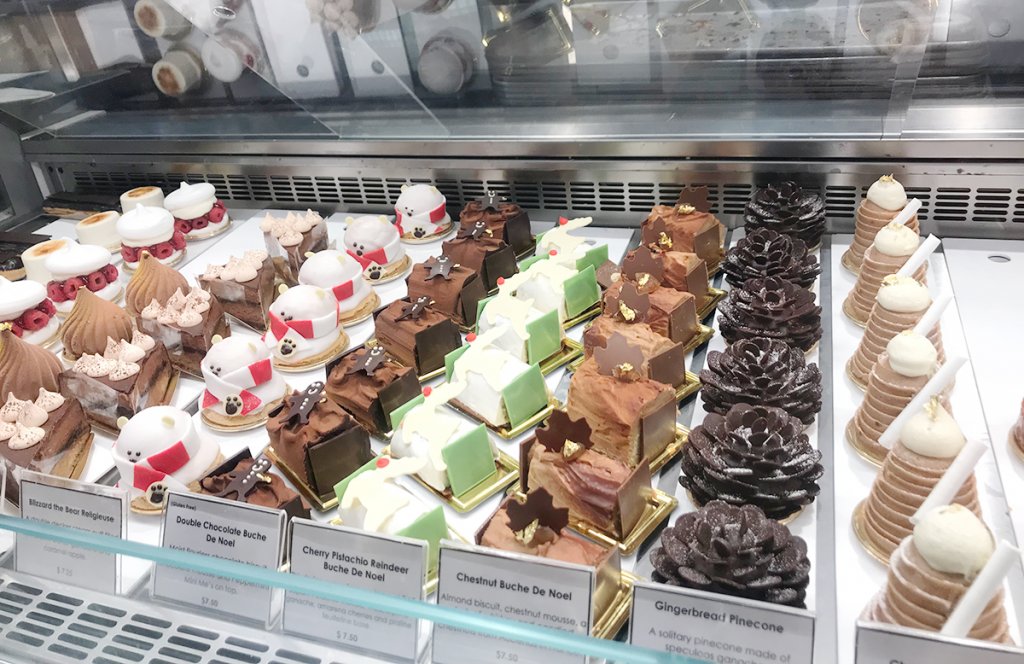 I found this little ice cream shop in Chinatown getting out of the subway station in one of the heaviest downpours I’ve ever seen! Not wanting to walk ten blocks to my original destination, I noticed Taiyaki just two blocks away from me on my Maps app. Thank goodness I did, because Taiyaki has the cutest ice cream I’ve ever seen! Served in their signature fish-shaped taiyaki cones, the ice cream is perfectly swirled, brightly colored, and topped with all sorts of fun add-ons. The ice cream I ordered was the Unicorn taiyaki, and was GLITTERY {it seriously sparkled} and had the cutest gold unicorn horn and ears! 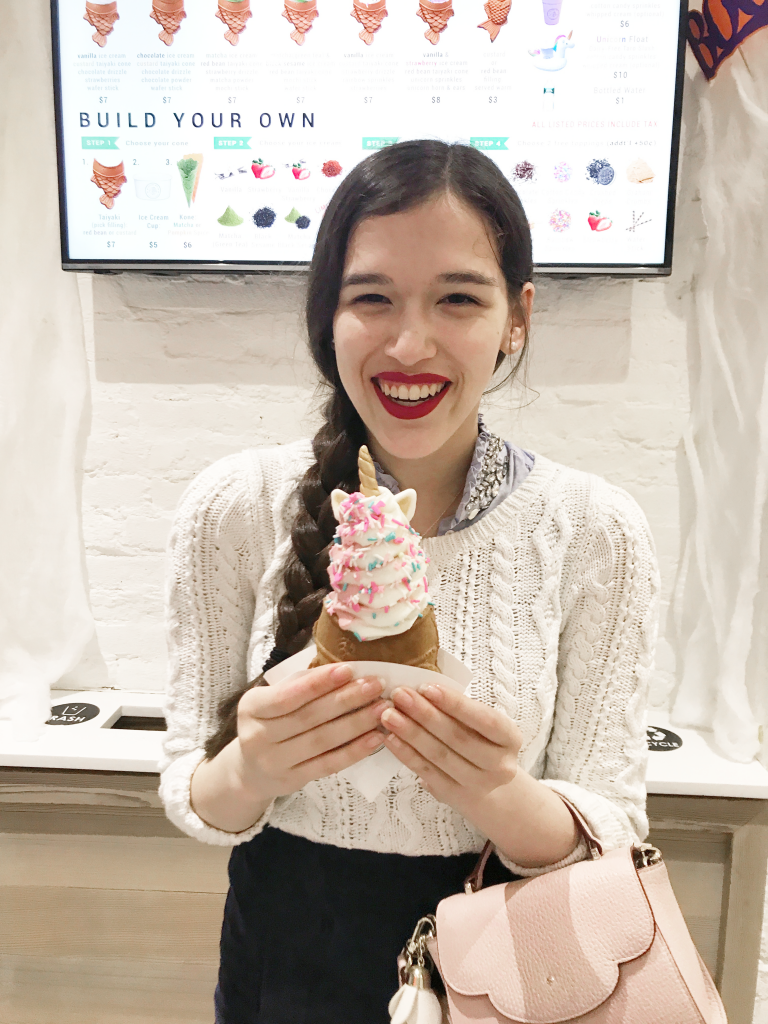 Locations: There are seven in NYC, click here to see them all

Van Leeuwen is absolutely fantastic for their menu’s combination of both classic and truly unique flavors. Favorites such as chocolate and strawberry find themselves next to more interesting flavors such as Passion Fruit Layer Cake and Earl Grey Tea. One big plus to this quaint ice cream parlor is that they also offer several vegan flavors as well!

Fondly known as “Serendipity’s” around the City, this quirkly two-story café is known for their delectable frozen hot chocolate. I would be lying if I said that the reason I ended up at Serendipity’s was to fulfill my preteen dreams of going when reading about Mia’s love for Serendipity’s in The Princess Diaries by Meg Calbot, or Kaitlin’s love for it in Secrets of My Hollywood Life by Jen Calonita. Nonetheless, the frozen hot chocolate at Serendipty’s is fantastic, and the café is just a few blocks away from the flagship Bloomingdale’s store {which just so happens to be another one of my favorite spots in the city. While you’re at it, Sprinkles is right there too, just a block and a half away}. 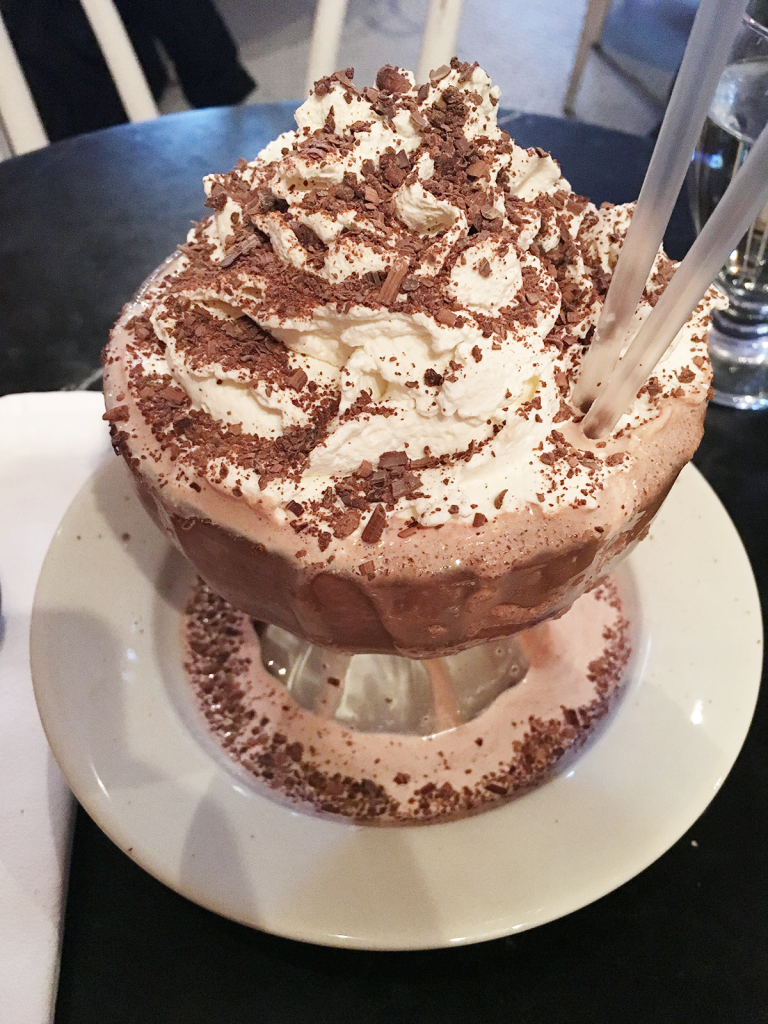 Have any favorite dessert spots in the city that I missed? Let me know down below, I’m always looking to try new places in the City!