Growing up, I used to hear all sorts of different things about Paris and Parisians. “It’s so dirty,” “it’s dangerous,” “there’s pickpockets everywhere.” Having never been, I took them for the truth. After all, how would I know?

Now that I’ve been in Paris for 24 hours, I’ve found so much of what I’ve been told to be simply not the truth, and I’m here to expose the myths to you.

1. Parisians are rude and cold towards foreigners

Um, no. Not even close. Every single Parisian I’ve encountered here, whether on the street, in a shop, or in my hotel, has been nothing but warm, friendly, welcoming, and helpful. Maybe it’s because I speak French, but even when I’m speaking English, they treat me exactly the same. Then again, there’s also a rumor that New Yorkers are the same way, and I’ve always found New Yorkers to be among the nicest people in the States.

This is like half truth and half lie. Yes, if you’re eating at a café or restaurant in Paris it is expensive. There are so many places in Paris that are not! With the current conversion rate {1 USD = approximately 1.2 EUR}, taking le Métro en Paris is actually less expensive than taking it in NYC. {€1.90 vs. $2.50}. At a boulangerie {bakery} in France, you an get a baguette tradition for €1.10-€1.40 {and they’re AMAZING}. Designer/luxury clothing and accessories in Paris also tend to be less expensive than in the States. For example, the Longchamp Le Pliage large in the United States is $145 before tax. In Paris at the Longchamp flagship store, the Le Pliage is only €85, which is about $102 USD. In a grocery store, a decent bottle of wine will be €3 – €5, {$3.60 – $6 USD}. Most of what makes Paris expensive is the high price of eating at a café or restaurant. Click the photo below to see one of the items I bought! 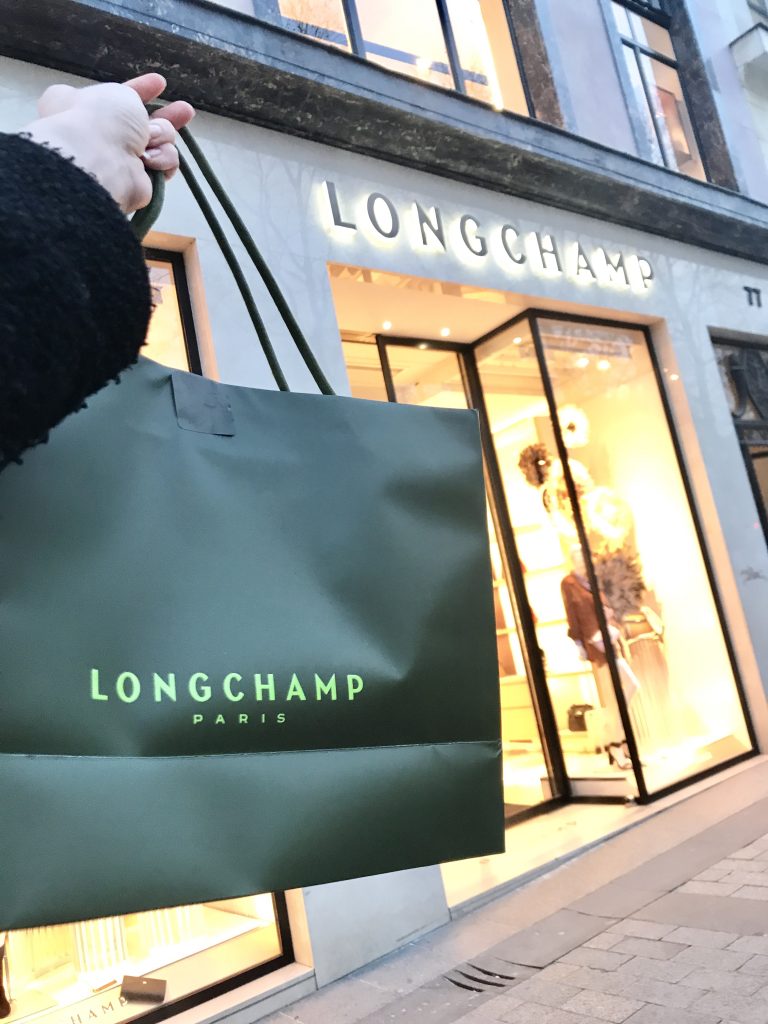 Had to get that lower Longchamp price. 🙈😂 The sales associate helping me was helpful, patient, and polite, even though I had to switch from French to English halfway through my visit to make sure nothing was lost in translation on my end!

I don’t know what to say to this other than the air here feels and smells a lot cleaner than in NYC. The trains here are much cleaner, smoother, and more comfortable than in NYC. I’ve also yet to see a single trash bag on the street when I’ll see several piles of them in a week in NYC. Compared to some small suburb in the Midwest, sure, it’s dirtier. Compared to other major cities I’ve been to, it’s really not as bad as anyone makes it out to be.4. There’s pickpockets everywhere

Maybe I’ve just been lucky and haven’t come across one {praying that writing this post doesn’t mix that}, but Paris really isn’t the pickpocket ridden city I’ve heard it made out to be. As with any major city, exercise caution and use proper safety measures, but I have yet to see that Paris is different from any other major city when it comes to pickpockets. I walked around the Champs-Élysée today in the dark, alone, an de had absolutely no issues {other than my phone refusing to stay turned on because it was too cold, but that’s another story. Thanks Apple}. 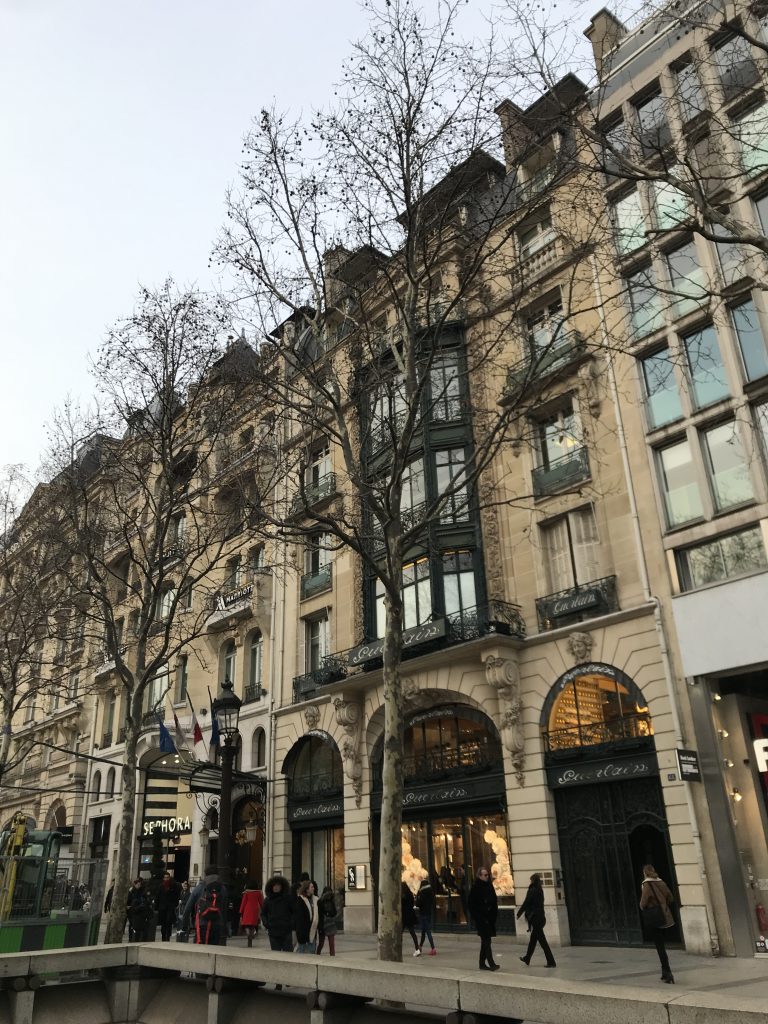 5. Paris is dangerous when traveling alone

Yeah no. Again, just behave as if you were in any other major city and you’ll be just fine. The reality is that if you’re near the center of Paris and not out towards the edge of the city, there’s going to be plenty of tourists and Parisians around. The streets stay busy and bustling between pedestrians, cars, motorcycles, cyclists, and buses. making it difficult for any criminal to make things really all that dangerous. Just be smart, you’ll be okay. Dial “17” to reach the police if you do end up in any danger.

6. Bakeries and markets in France are closed by noon

All throughout high school, I was always told by my French teacher that the small boulangeries and street markets close in Paris by noon. I may have only been here for 24 hours, but nearly every boulangerie I’ve Googled, passed, or been to has been open until 7 or 8 pm. Street markets do tend to close early – mid afternoon, and I recommend going early to get the best selection.

TRAVEL TIP: Many boulangeries will put out fresh loaves of bread around 5 or 6pm as that’s when many people get out of work and head to their neighborhood boulangerie. If you’re like me and completely not a morning person, I HIGHLY recommend heading over to a boulangerie then to get fresh bread! The baguette tradition en France is truly amazing, I’m going to have a difficult time going back to bread in the States! 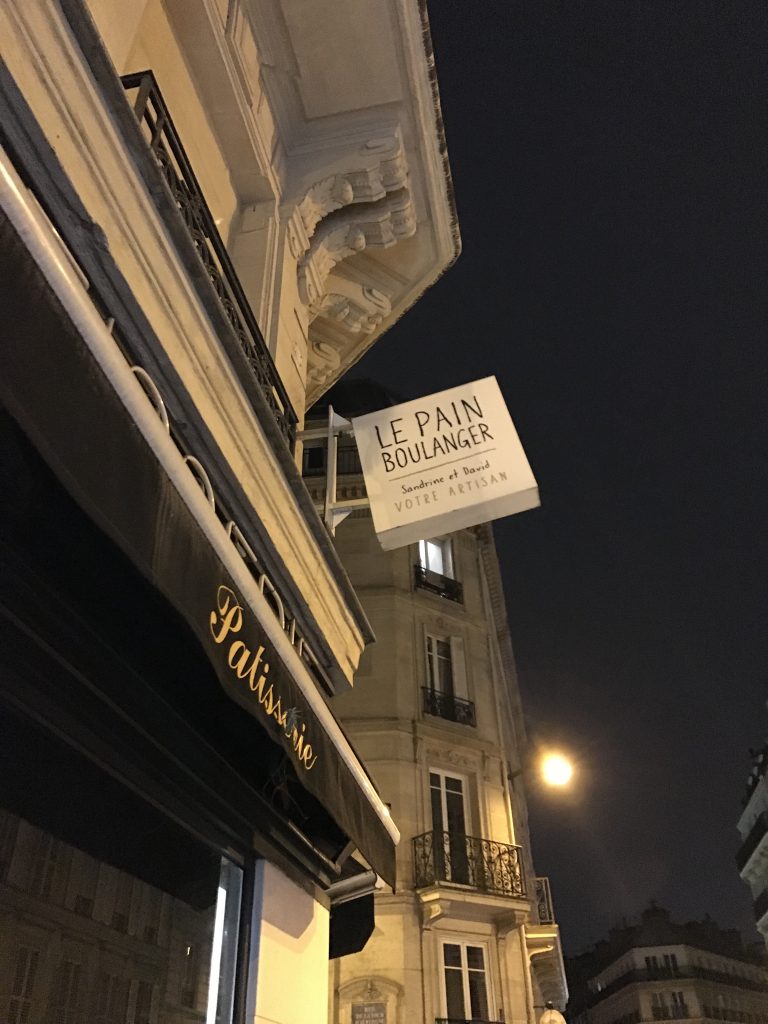 In my 24 hours, those are the six myths I’ve encountered found to be false! I’ll have more perfectly Parisian content coming your way once I can charge my computer. If you don’t know what I’m talking asking about, see my Instagram story here!

PREVIOUS POST
An Eiffel Tower Moment with Morning Lavender
NEXT POST
A Bell Sleeve Moment in the Bowery
4 comments so far.